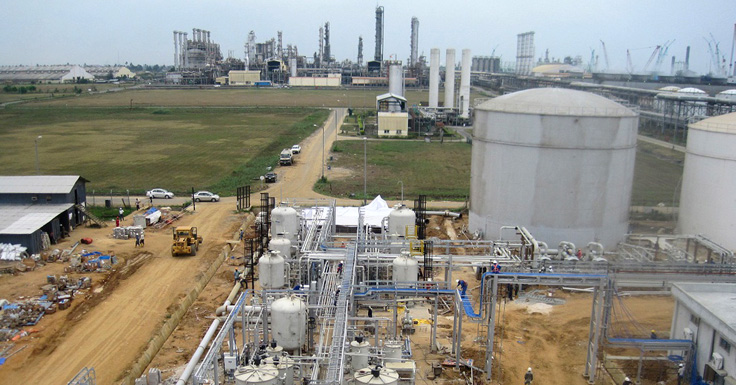 Dangote Group’s fertilizer plant, now under construction in Nigeria’s biggest city of Lagos, will be ready to start production next year, the builders, Saipem SpA said in a report by Bloomberg.

Owned by Aliko Dangote, Africa’s richest man, the facility located in the Lekki district of Nigeria’s commercial hub, has a name-plate capacity of 3 million tons a year of urea and ammonia, making it the world’s biggest. It is in the vicinity of a 650,000 barrels a day Dangote oil refinery also under construction.

Test runs started at the plant in March, though hampered by the disruptions that came with the coronavirus pandemic, said Maurizio Coratella, chief operating officer of Saipem SpA.

“We are picking up now that things are looking more stable and are currently very well advanced,” Coratella said Wednesday in an interview.

“We are in the commissioning stage of the first train; for the second, we will have that commissioning in six to seven months time.”

Dangote is making special arrangements, including setting up dedicated flights for vendors and suppliers to enable it meet the completion deadline, he said.

Saipem’s operations in Nigeria, where it’s been in business for more than 50 years, span several industries including oil, gas and power.

Among its four major construction contracts currently running in the West African country, it expects a 430-megawatt power plant being built for Eni SpA in the southern delta region to start operating within weeks.

The company is also in the early stages of revamping state-owned refineries in the oil-industry centers of Warri and Port Harcourt, Coratella said.

Four refineries with a combined capacity for 445, 000 barrel of crude run by Nigerian National Petroleum Corporation are shut for refurbishment and only due back to production in 2023.