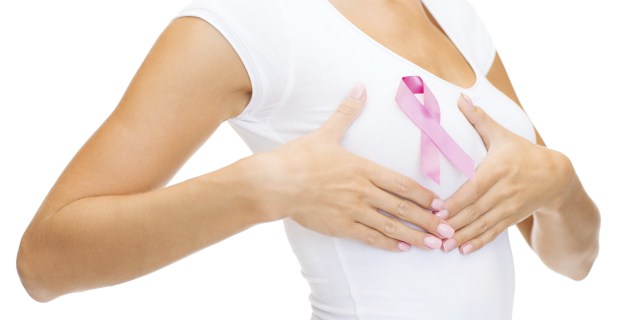 Breast cancer is a malignant tumour arising from the cells of the breast. Although breast cancer predominantly occurs in women, it can also affect men.

It is rare in men, approximately 2,400 new cases diagnosed per year in the United.States,  but typically has a significantly worse outcome. This is partially related to the often late diagnosis of male breast cancer, when the cancer has already spread.

Symptoms of breast cancer in men are similar to the symptoms in women, with the most common symptom being a lump or change in skin of the breast tissue or nipple discharge. Although, it can occur at any age, male breast cancer usually occurs in men over 60 years of age.

Margaret Cuomo, Managing Director of A World without Cancer, said, ” Cancer is not inevitable, for women have control over the disease than they think “. The risk of many cancers, including breast cancer can be significantly reduced by living a healthy lifestyle.

Consultant Obstetrician and  Gynaecologist, Dr. Aderinde Olushola, said, cells in the body normally reproduce only when new cells are needed. “Sometimes, cells in a part of the body grow and reproduce out of control, which creates a mass of tissue called tumour. If the cells that are growing out of control are normal cells, the tumour is not cancerous.

“If, however, the cells that are growing out of control are abnormal, don’t function like the normal body’s cells and begin to invade the other tissue, the tumour is cancerous. Cancers are typically named after the part of the body after which they originate. Breast cancer originates in the breast tissue. It invades and grows in the tissue surrounding the breast. It can also travel to other parts of the body and can form new tumours”.

Though there have been no major causes of breast cancer there are certain factors that could put someone at risk in developing breast cancer, says Olushola.”Factors such as ones genetic make-up, health history, diet, inadequate breastfeeding, age, could contribute to breast cancer”.

What to watchout for

Olushola gave the symptoms of breast cancer as lump or thickening in or near the breast or the underarm, a change in breast shape, dimpling of the skin , fluid coming out from the nipples , there may be bone pain, shortness of breath. Research has also shown that there could be redness of the skin on the breast or nipples, a change in shape or position of the nipple, a mass or lump which may feel as small as a pea, a change in the feel or appearance of the breast or nipple. In those with distant spread of the disease there may be swollen lymph nodes , shortness of breath and yellow skin, also a marble-like hardened area under the skin.

Experts have shown that breast cancer can be diagnosed by going for regular physical exams whereby the doctor will take a careful, personal and family history and perform a breast exam and possibly order a mammogram or an ultra sound of the breasts.Olushola said, “In certain women who are at increased risk for breast cancer, an MRI may be ordered. Based on the results of these results or tests, your doctor may or may not request a biopsy to get a sample of the breast mass cells or tissue. After the sample is removed, it is sent to a lab for screening.

A pathologist which is a doctor who specialises in diagnosis, views the sample under a microscope and looks for abnormal cell shapes or growth patterns. When cancer is present, the pathologist can tell what kind of cancer it is, whether ductal or lobular carcinoma and if it has spread beyond the ducts or lobules. Lab tests such as hormone receptor tests (estrogen and progesterone) can show whether these hormones help the cancer grow, the cancer is likely to respond to hormonal treatment.”

Olushola said, “There are ways of examining yourself before necessarily seeing the doctor. This could be done in the shower, before a mirror or while lying down. In the shower, your fingers should be flat and should move gently over every part of each breast. Use your right hand to examine the left breast, left hand for the right breast. Check for any lump or hard knot or thickening. Before a mirror, inspect your breasts with your arms at your sides. Next, raise your arms high overhead. Look for any changes in the contour of each breast. Lying down, place a pillow under your right shoulder and put your right arm behind your head. With the fingers of your left hand flat, press your right breast gently in small circular motions to find lumps or knots

“Research shows that mothers who breastfeed lower their risk of pre and post menopausal breast cancer.. Most women who breastfeed experience hormonal changes during lactation that delay their menstrual periods. This reduces a woman’s lifetime exposure to hormones like estrogens, which can promote breast cancer cell growth.”

In a study by the Collaborative Group on Hormonal Factors in Breast Cancer, researchers found that for every 12 months a woman breastfed, her risk of breast cancer decreased  by 4.3%. The study compared mothers who breastfed to those who didn’t. It also found the 12 months period could be either one child or the total for several children.

“In addition, during pregnancy and breastfeeding you shed breast tissue. This shedding can help remove cells with potential DNA damage, thus helping to reduce your chance of developing breast cancer”, says Rachel King, a health education specialist. Breast feeding helps protect your child from cancer and can also help lower your ovarian cancer risk by preventing ovulation, the less you ovulate, the less exposure to estrogens and abnormal cells that could cause cancer.

“ The type of treatment recommended will depend on the size and location of the tumour in the breast, the results of lab tests done on the cancer cells and the extent of the disease”, Olushola, said.

A patient may be on one form of treatment or a combination depending on her needs. There is another form of treatment known as the Ribociclib (Kisquali) which is used in combination with an aromatase inhibitor as initial hormone therapy in women who have gone through menopause who have hormone receptor positive, HER2-negative advanced breast cancer.

He said, “There are ways of preventing oneself of breast cancer. Find out how dense you are. One of the newest ways to protect yourself is to learn whether you have dense breasts. When you have more tissues than fat in your breast which is common in younger women, it makes cancer harder to detect during mammogram. Both breast tissue and tumours show up while fat looks dark. Even more important, having dense breasts makes your cancer risk up to six times higher. Experts aren’t sure why that is, but one possibility is the fact that there is no standardisation for measurement of breast density, so doctors’ scores are subjective. Always exercise and know your family cancer history. Also limit hormone therapy, consider breastfeeding and eat right foods every day. Minimise radiation exposure from screening tests because this could also be harmful.”