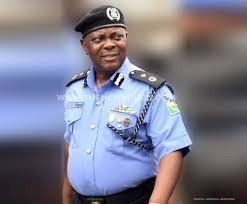 The Lagos State commissioner of Police, Imohimi Oluwole Edgal, at the 9th Town Hall Meeting organised by the Lagos State Police Command to engender and encourage Police-Public Partnership in ensuring adequate security and safety of all, reiterate his commitment to rid offthe society of criminals and all manner of criminality.

The CP, while addressing the residents of Oriade, AmuwoOdofin, Iba, and Ojo LCDAs and LGAs, praised the Area “E” Commander, ACP Auwal M. Mohammed, for the gallantry and prowess he has displayed in diligently carrying out of his constitutional duties.In his words, the CP said “this area command is one of those with the lowest crime rates in the state and I believe it is not only the effort of the officers but synergy between you and the officers and men of your command”.

The CP also noted that under his watch, he will not tolerate any form of unnecessary break down of law and order. He emphasized that he has instructed the DPOs of Area ”E” Command to consistently have meetings with the community leaders and local government authorities.

He also said the Lagos State Police Command had initiated an Intelligence Lab Unit that would work 24 hours to answer to the very many issues that could arise in Lagos state.

In his closing speech, the CP explained that he has also instructed at least three armed men to be attached to each local vigilante group to police a community especially at nights.

In attendance were stakeholders of the lowest calibre to the highest calibre of business operations.

ACP Mohammed also said that the command did not leave out anybody. He explained that he has invited Vulcanizers, Smoked meat sellers, the PCRC, LNSC, SSS, NYC(National youth council),Navy, Army, Traditional rulers, Local government chairmen, Vigilante groups, Business men and women, Lagos state University VC amongst others to come together and fashion out a way to work in line with the Commissioner of Police’s community policing plans.

The Area Commander further said that the job of securing the community cannot be left to the police alone and therefore the support of all well-meaning residents is required to ensure safety through effective crime prevention and fighting.

A Cameroonian soldier murdered his superior commander and shot himself

BREAST CANCER : How to reduce risk of the terminal illness