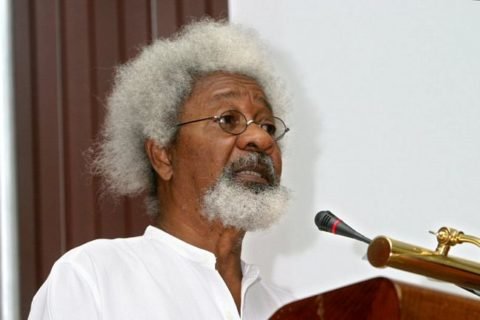 Soyinka made the call in a statement in Lagos on Sunday.

Soyinka acknowleged that a few armed herdsmen had been apprehended by security agencies but said that was not enough to put a stop to the mayhem by the criminals.

He said there were so many of the criminals hiding in the forests which needed to be tracked down by security agencies.

The Nobel Laureate expressed regrets that some communities had been sacked by the criminals, causing residents to flee.

He said there was the need to order the invaders out or drive them away and provide security for safe return of residents.

Soyinka called for justice and restitution for victims of herdsmen attacks, saying that would give them some succour.

“We must go beyond arresting a token of herdsmen caught with arms as there are still hundreds of them in the forests.

“It is not enough to back the anti-open grazing law,so late in the day, but we shall leave that for later.

“Right now, the violated and the dispossessed demand restitution and with no further delay or subterfuge.

“All available forces should be deployed to right the hideous, unprecedented wrong that has left the nation drowning in blood. We simply cannot continue one day longer to watch this forceful feeding of human blood,” he said.

He also called on the agencies to track down and identify the sponsors of the criminals in order to curb their activities.

Soyinka wished “those who laboured for humanity ” a Happy May Day, adding that he was optimistic that the solutions to the security challenge would come in no distant time.