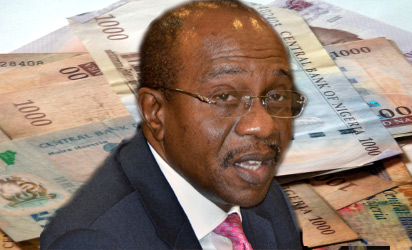 The Central Bank of Nigeria (CBN) has threatened to sanction any Deposit Money Bank (DMB) in breach of its earlier directive to open teller points for retail forex transactions and to have electronic display boards in all their branches, showing rates of all trading currencies.

Meanwhile, the naira, yesterday appreciated to N359.06 per dollar in the Investors and Exports (I&E) Foreign Exchange, forex Window

Data from the Financial Market Dealers Quote, FMDQ showed that the indicative exchange rate for the I & E Window, known as Nigerian Autonomous Foreign Exchange, NAFEX rose to N359.06 per dollar, yesterday, from N360.25 per dollar last week Friday. Hence the naira has appreciated by N1.19 per dollar. Meanwhile, the volume of dollars traded in the same window dropped to $131.84 million from $154 million last week Thursday. Specifically, the CBN in a circular warned that it would mete out stiff regulatory sanctions to banks that fail to comply fully with the directive by October 13, 2017. The circular signed by the Director, Banking Supervision, Ahmad Abdullahi, stressed that the Bank would bar erring DMBs from all future CBN foreign exchange interventions. The CBN had in March 2017 directed banks and authorized dealers to open a teller point for retail FX transactions (PTA/BTA and SME) including buying and selling, in all locations in order to ensure access to foreign exchange by their customers and other users, without any hindrance. That circular also directed banks to install electronic display boards in all their branches, showing rates of all trading currencies, which it urged customers to insist on in processing their foreign exchange transactions for invisibles and the SMEs window. Meanwhile, the apex bank has sustained its intervention in the various sectors of the inter-bank Foreign Exchange market with the injection of $545 million. Giving a breakdown of the Bank’s latest forex injection, its Acting Director, Corporate Communications, Isaac Okorafor, revealed that the retail Secondary Market Intervention Sales (SMIS) received the largest intervention of $285 million. Other components of the released figures include the $100 million offered for wholesale SMIS, $90 million for Small and Medium Enterprises (SMEs) window and $70 million for invisibles such as Basic Travel Allowances, tuition fees and medical payments.

Pasuma Is My Godfather Not My Lover ….Radio Presenter, Jumobi Omisore.