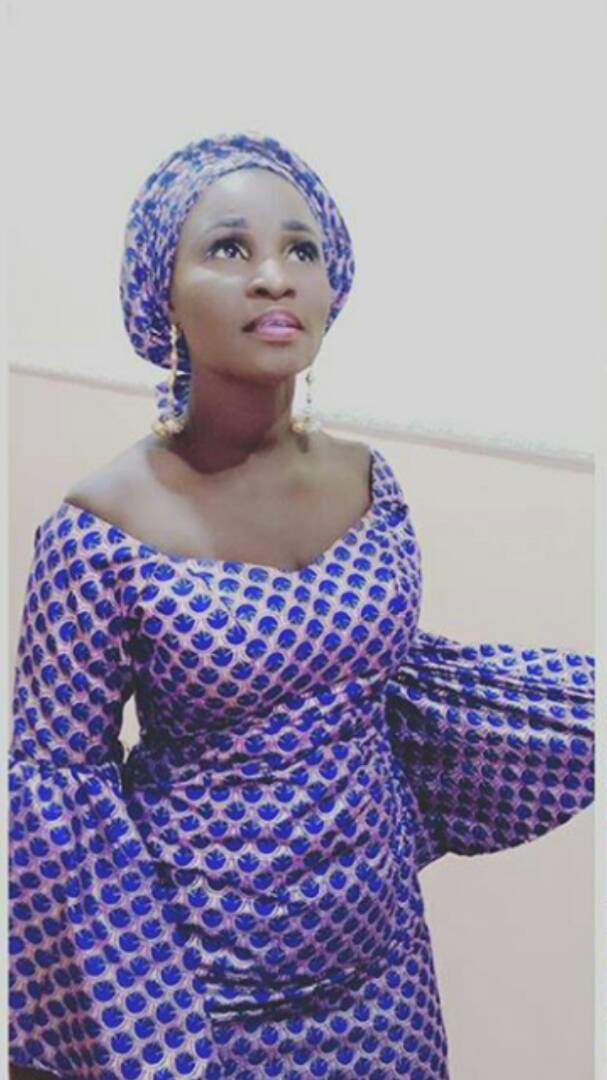 Irawo on LTV with Wale Adeoba.  She started her journey into the broadcasting industry

in 2006 when she joined top  broadcaster, Yomi mate (Ifankalleluyah) as a trainee.  She

Omisore confirmed that she met her boss, Ifankaleluyah in 2004 and joined him as

trainee in 2006.  Before joining her boss, she studied Adult Education but today her

dream as a broadcaster has finally come true.

created her unique style of presentation and becoming a household name of sort,

Jumobi Omisore was recently nominated for 2017 YOMAFA Award.  Speaking on her

nominations she said.  “I feel fulfilled and blessed to be among the best.  Award always

come with controversy; people criticize my nominations, and believe I don’t worth it.

for instance, the MBGN Show goes beyond beauty; something might be beauty in your

eyes and ugly in my own case.  I don’t know why people castigate me for being

nominated for YOMAFA Award.  I want people to understand that nomination is different

you are nominated and win, it doesn’t mean you are the  best.  In my own case, I am

nominated as the Best female presenter YOMAFA 2017.  This has been raising

dust, people are raising eyebrow and they are saying I am the youngest among the

nominees and in-experienced.  The fact is people are saying thus out of hatred and

ignorance.  I did not nominate myself, neither did I lobby for it.  I don’t have any

amorous relationship with the organizer of YOMAFA, Gbenga Leo that might warranted

him to nominate me.  And if people want to ask question at all, they should go to

Gbenga Leo before ganging –up against me.  If anyone is ask now, who is the best

sports broadcaster in Nigeria, you might be tempted to say, Larry Izamoje, it’s because

he owns a sports Radio Station and he has a unique way of programming, but you will

three years back, the winner was Toye Ibitoye from Channels TV.  Two years ago, the

The present Winner is not as prominent as Larry Izamoje.  Should we now say because

Larry is prominent and has a radio station.  He should be the winner year-in, year-out!

Life is not like that because it would be boring.  Let me now make myself clear on why

people are raising highbrow concerning my nomination.  Around 2012 the FIFA

Gala-Nite, when they wanted to pick the best goal of the year, everybody thought it was

was packed when he was playing for SANTOS in Brasil.  FIFA president was reacting to

people’s criticism that Roonnie’s goal was far better than that of Nema and he said Nema is a young player, he played in far Brasil, with his talent, he needs encouragement.  That’s how white people encourage their talents but it’s not the same in Nigeria.  If it were to be in Nigeria, people would riot and chanting ‘we no go gree’ They would condemn the organizer.  I thank God because one of the nominees, Yemi Ajide-Olayinka has been encouraging me because she has won it before.  That’s Sportsmanship ‘I am very happy to be seen among the best.   I appreciate it but that doesn’t mean I am better than those that were not nominated, their time would definitely come.  As indigenous Yoruba Broadcaster that we are, if we want to improve, we need to change our orientation.  On her expectation about the award, she says “if I win, I will be happy, if I don’t win, I will be pleased because for me to be nominated, I am happy”.

Speaking on her relationships with Fuji Stars, Saidi Osupa and Wasiu Alabi, Pasuma, Jumobi said “I love both of them because they are embodiment of talents, and have different styles.  I am confirming to you now that Wasiu Alabi Pasuma is my Godfather.  I love his style, because his style is my style.  I love the way he sings and do other things.  He is my role model.  I love Pasuma with my heart because he is a philanthropist and very nice to people.