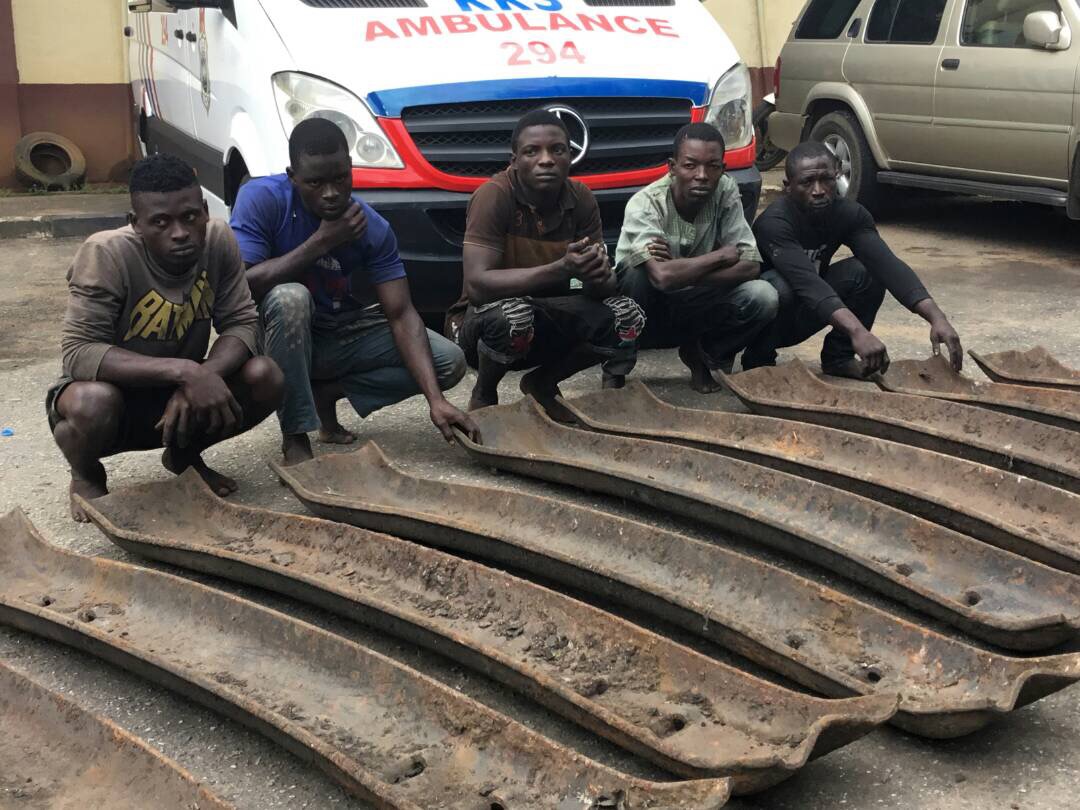 The operatives of Rapid Response Squad of the Lagos State Police Command have arrested five suspects for stealing 28 iron ballasts meant for rail lines in some parts of Lagos metropolis.
The five suspects, who said they are scrap metal dealers, were intercepted inside a Vanagon bus with the registration number JJJ 929 EL by the operatives at 1:15 a.m on Friday in Agege, Lagos State.

The suspects include: Hameed Atairu (25), Akeem Muritala (23), Lawal Muritala (25), Tunde Olaunji (27) and the driver of the bus, Sarafa Ishola (38).
The suspects in their statements to the police stated that an official of the Nigerian Railway Corporation sold the iron to them.

However, preliminary investigations by the police revealed that the iron ballast were stolen from where they were packed for use.

Further investigations revealed that the iron ballast were meant for the basement of rail lines.

The suspects, three of whom are ex- convicts explained that they are scrap metal dealers, stressing that they raised N35,000:00 among themselves to pay for the iron ballast.

He  added that the suspects along with the  exhibits recovered  from them have been transferred  to the State Criminal Investigation Department, Panti for further investigation.

Pasuma Is My Godfather Not My Lover ….Radio Presenter, Jumobi Omisore.

Over 50 IPOB members to face trial for murder