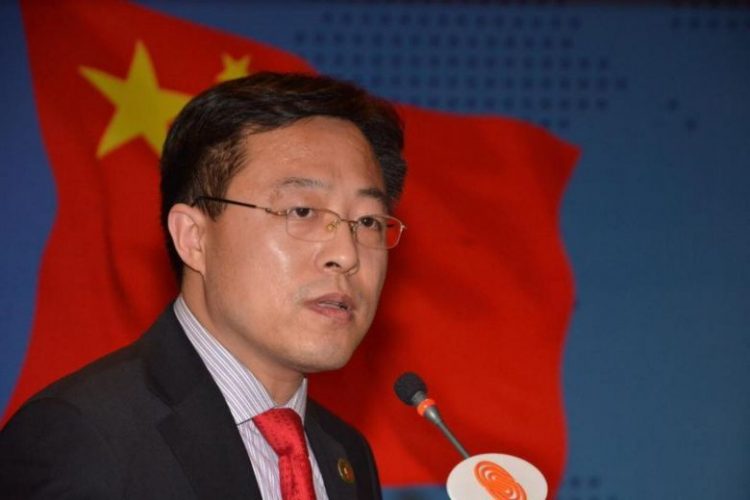 The Chinese Government has replied Nigeria over accusation of maltreating Nigerians in China.

The government said it did not discriminate against nationals of any country but treats foreigners living in the country the same way as its citizens.

Series of videos emanating from social media suggested that Chinese authorities were maltreating Nigerians in their country.

A tweet by the Chinese Embassy in Nigeria on its Twitter handle @china_emb_ng on Friday, quoted the Chinese Foreign Ministry as saying that the Chinese government was averse to discrimination against foreigners.

The embassy tweeted this after the Speaker of the House of Representatives, Femi Gbajabiamila met with its Ambassador to Nigeria, Zhou Pingjian on the disturbing allegation of ill treatment of Nigerians in China.

The Speaker had said that the maltreatment of Nigerians living in China negated the ideals of the cordial relationship between both countries.

The embassy, quoting the Chinese Foreign Minister, Zhao Lijian said: “China and African countries are united more than ever, demonstrating brotherhood in times of adversity.

“We treat all foreign nationals equally in China.

“We reject differential treatment, and we have zero tolerance for discrimination.”

In a statement on April 9, the foreign ministry said in response to questions bordering on the same allegation, that China was even now focusing on helping African countries overcome the coronavirus.

“Since the COVID-19 outbreak, China and African countries have been supporting each other in fighting the pandemic.

“We won’t forget the support voiced and provided by African countries and their people when we were at the most crucial stage of the fight.

“Now we are closely following the situation in Africa. The Chinese government and people are doing our best to help them,” Zhao said.

“We hope foreign citizens in China will continue to fully understand and cooperate with China’s epidemic control measures to prevent risks and protect the health and safety of themselves and others.

“That is their way of contributing to the final victory over the epidemic,” he added.