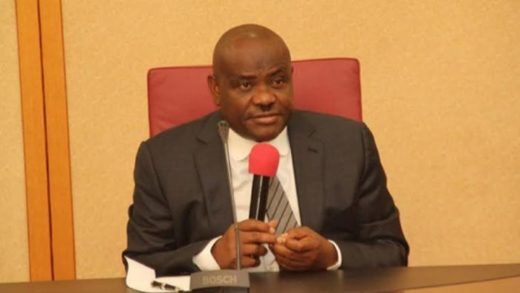 He said the collapse of the Banana farm was due to multiple litigations against the state government by members of the host communities who felt that their land were forcefully acquired and were not properly consulted before its establishment.

He accused the Amaechi’s government of practicing “governance by text messages on phone and embarked on so many unrealizable projects because he hoped that he would plant his chosen successor who he can manipulate to continue with those even they are not viable.”

Wike explained that he was not bothered by the criticism from the opposition who alleged that he had not initiated new projects but completing the ones initiated by the previous administration because he believed that governance is a continuum and that abandoning old projects would have littered the state with abandoned projects.

He boasted that if he decided to seek re-election, Rivers people would vote for him overwhelmingly because within period of less than three years of his administration, no local government in state had been left without signature projects.