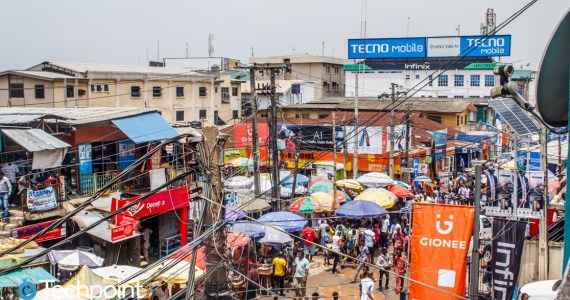 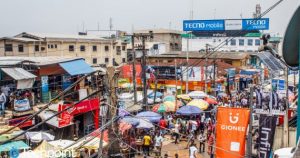 The plan to relocate the popular Computer Village in Ikeja Lagos to Katangowa area of Agbado Oke-Odo Local Council Development Area, has received a major boost following a successful stakeholders’ meeting where issues affecting the take-off of the project were resolved.

The meeting attended by heads of plazas, officials of trade associations and representatives of the ethnic groups at the market, seized the opportunity to hold a closed-door meeting during which they resolved the internal wrangling that essentially slowed down the movement to the new site since April, when the agreement was signed between the Lagos State Government and Bridgeways, the developer.

Apart from endorsing the project, the stakeholders also appointed Mr. Ademola Olaifa as interim chairman and Barrister Osy Ijeomah as secretary of the committee which was setup at the venue to act as bridge between Bridgeways Global Projects Limited, and the village community.

Olaifa who is also the Public Relations Officer of CAPDAN, expressed  delight to be involved describing the project as “a viable one, a life-saving project that every body that is alive want to identify with. It is a thing we have been struggling for over the years. We are grateful to God almighty for sparing our lives to witness the taking off of the project.

Having said that,  he added that the project is a laudable one that will benefit the Computer Village, Lagos State, Nigeria as a whole, and Africa generally.” In his remarks, Mr. Jimmy Onyemenam, CEO Bridgeways, said the whole essence of the meeting was to establish an all inclusive vehicle that would serve as coordinator through which the developer could interface with the residents of the market. He said, “At the moment the project is at the verge of flagging off, with the state government commencing a lot of expansion work, by clearing of the site and to hand over the site to us. We expect that to commence anytime from now.

On Monday, we had a meeting with the squatters on the site and they are actually on standby to move. Fortunately, the state government is putting a human face to all of these and efforts are being made to make their relocation as painless as possible for all there is going to be a lot of movement but not as gruesome as experiences of the past.”

During a brief presentation, Mr. Onyemenam gave a simplified account of the project, its scope, and size and the facilities that would be provided at the computer village. According to him, when ready, the Katangowa project would be the biggest ICT Park in West Africa and will offer over 4,000 shops, incubators, accelerators, technology laboratories, exhibition halls, hotel, shopping plaza, industrial park, warehouses, Kee Klamps (small shopping shades), a helipad, malls, banking halls, parking lots, conference centre, food courts, security and power, and delivered in a carefully laid out plan to remove the chaos currently bedevilling the Computer Village, Ikeja

Davido Is A Member Of “Black Axe Confraternity” — Repentant Cultist