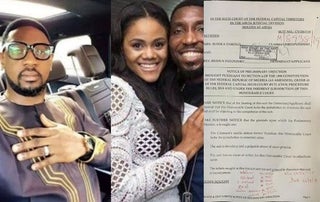 Biodun Fatoyinbo, the founder and Senior Pastor of the Commonwealth of Zion Assembly (COZA), has asked the Federal High Court in Abuja to dismiss the rape lawsuit filed against him by Busola Dakolo.

Fatoyinbo asked that the case be dismissed on grounds of incompetence and frivolity. He went on to also demand N50m in damages.

The new suit was filed before the Federal High Court, two weeks after Busola through her lawyer Pelumi Olajengbesi, also asked same court to order Fatoyinbo to apologize to her on the front page of at least two national newspapers and two national television stations for seven days running consecutively.

See the court papers below; 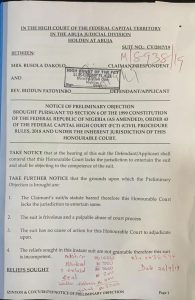