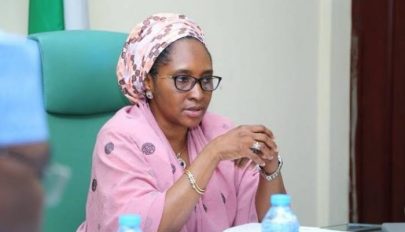 The UN Development Programme (UNDP), has released 30 million U.S. dollars to Nigeria from the regional stabilisation facility for the humanitarian crisis in the North East.

UNDP Resident Representative in Nigeria, Mr Mohamed Yahya disclosed this on Friday in Abuja at the first inaugural meeting convened by UNDP on the way forward in actualising the ‘Nigeria window’ of the Regional Stabilisation Facility.

The Regional Stabilisation Facility was launched in July in Niamey, Niger at the second Governors Forum to contribute support to the affected regions of Nigeria,

Governors from Nigeria, Niger, Cameroon, Chad, and regional stakeholders attended the meeting in Niamey under the auspices of the Lake Chad Basin Commission (LCBC).

Those who pledged to deploy funds in Niamey to support the project, which will be monitored by the UNDP and the African Union (AU), include the governments of Sweden and Germany and the regional governors from Borno, Adamawa, Yobe (Nigeria), Lak, Hajder-Lamis (Chad), Diffa (Niger) and Far North and North regions in Cameroon.

The UNDP is expected to provide seed funds to run the facility yearly.

He said the regional stabilisation facility is aimed at providing rapid response to support immediate stabilisation in the three states of Adamawa, Borno and Yobe affected by insurgency.

He also said that the ‘Nigerian window’ was expected to receive over 30 million USD which would facilitate recovery and stabilisation interventions including; livelihood support for communities, massive civil engineering works and strengthening of local security structures.

Yahya, said that the board had two years to provide work of stabilisation in the affected states.

He said that the entire facility might not work if there was no local authorities such as the military and the police, adding that more work needed to be done in terms of coordination.

Also speaking, Minister of Finance, Budget and National Planning, Hajiya Zainab Ahmed said that the government of Nigeria was optimistic that the facility would support in addressing the immediate stabilisation needs in the newly liberated areas.

She said this would also sustain development in the region and allow the return of Internally Displaced Persons to their various permanent place abode.

According to her, the facility will in no doubt assist the government to demonstrate its value to the citizens in providing resilience and stabilisation for the population affected by Boko Haram insurgency in the northeast.

She said that the Ministry would collaborate with UNDP, the three affected states and all relevant stakeholders to ensure accountable utilisation of the stabilisation facility fund.

Similarly, the Executive Secretary, Lake Chad Basin Commission (LCBC), Amb. Mamman Nuhu expressed the Commission’s readiness to provide strategic regional guidance for the implementation of the regional stabilisation strategy at the national and state level through the facility.

He said the commission would provide enabling environment by mobilising regional support to ensure coordinated approach yo the challenge.

“Our transboundary mandate provide us the requisite platform to mobilise the political and strategic spaces available across the region for the success of the regional stabilisation strategy.

” We urge all national partners to ensure consistent coordination with the Lake Chad Basin Commission through the Secretariat of the regional stabilisation strategy” Nuhu said.

According to him, Nigeria is the worst-hit country, with the biggest humanitarian and development needs of all the four affected countries.

“It is therefore expected that Nigeria should demonstrate not only in the fight against Boko Haram but also in ensuring that the thousands of people affected across the three front line states are supported to live a life of dignity,” he said.

The Governors expressed their readiness to ensure effective implementation of the regional stabilisation facility.