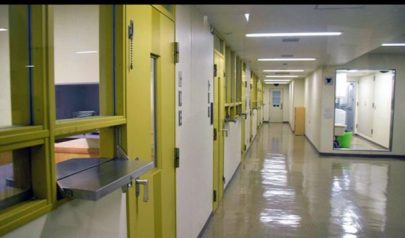 The Nigerian embarked on hunger strike in a detention centre in Nagasaki, south of Japan.[/caption]

The death of a Nigerian in June following a hunger strike in a protest over his long incarceration at a Japanese immigration centre has prompted dozens of detainees at the facility in Nagasaki Prefecture and elsewhere to start fasting.

A petition signed by 95 detainees at the Omura Immigration Center, where the Nigerian was held for an unspecified period, requested an investigation into the case and measures to prevent a recurrence.

The Nigerian detainee was in his 40s when he died in June. He was found unconscious in his cell on June 24, and later pronounced dead.

Officials at the centre have not published his name and age, nor divulged how long he had been held there.

The Omura Center reportedly said “the cause of death has been identified, but cannot be released.”

According to supporters familiar with the case, the man was transferred to the Omura centre after first being taken into custody at the Osaka Regional Immigration Bureau about three years and seven months previously.

He began the hunger strike in spring to protest his prolonged incarceration and request provisional release. He was alone in his cell in the days leading up to his death.

Many detainees incarcerated for long periods either have families in Japan or have applied for refugee status.

Even though the detainees face deportation, Japanese immigration authorities are loathe to send detainees back to their home countries if they have no visible means of support. As a result, detainees often endure long stays in an immigration centre.

There were 111 detainees at the Omura Immigration Center at the end of July.

Of these, 95 signed the petition calling on authorities to get to the bottom of the Nigerian man’s case so that “his life is not wasted.” They also questioned the rationale of such long detentions. One detainee there has been held for six years and eight months.

The detainees who signed the petition represented about 20 countries, among them, Iran, Sri Lanka, Pakistan, Vietnam, Nepal, China, Turkey and Brazil.