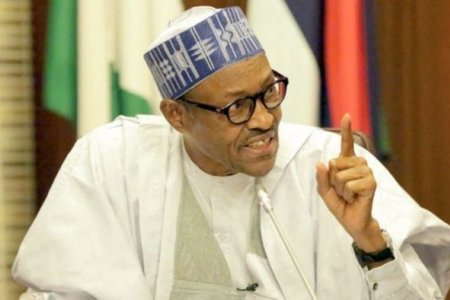 This was made known in an email sent to PREMIUM TIMES from office of the Vice President, Yemi Osinbajo, Thursday night.

According to the statement, the governor of Ekiti State, Kayode Fayemi, presented an update on the NEC ad-hoc committee set up on security and policing.

Mr Fayemi said the Inspector General of Police (IGP) has initiated the commencement of community policing.

”The Inspector General of Policy (IGP) has initiated the commencement of community policing and there is a plan to consider using N-Power beneficiaries and youth corpers as police officers in their local government areas,” the email reads.

The statement also indicated that a full report will be given in the next NEC meeting.

While addressing them, Mr Buhari urged the council to pay special attention to security, education, agriculture and health.

He said his administration was committed to protecting Nigeria’s territory and urged the governors to find ways of increasing their state’s internal revenue.

The Federal Government and the Nigeria Governors’ Forum in July had proposed to recruit National Youth Service Corps members and graduates of the N-Power Programme to beef up the manpower needs of the Nigeria Police Force.

The corps members and the cadets, if the policy scales through, are to be added to the extra 10,000 additional hands being recruited by the police.

Mr Osinbajo presided over NEC meeting at the Presidential Villa, Abuja on Thursday.

Mr Osinbajo, who chairs the NEC, is the head of Nigeria’s Economic Management team.

The meeting comes on the heels of the inauguration of new ministers by President Muhammadu Buhari on Wednesday.

The NEC meeting which is held monthly, deliberates on the coordination of the economic planning efforts and economic programmes of the various levels of government.

The council is made up of 36 state governors, the Governor of Central Bank of Nigeria, Minister of Finance, Secretary to the Government of the Federation and other government officials and agencies whose duties hinge on the economy.

Detained immigrants in Japan on hunger strike over dead Nigerian