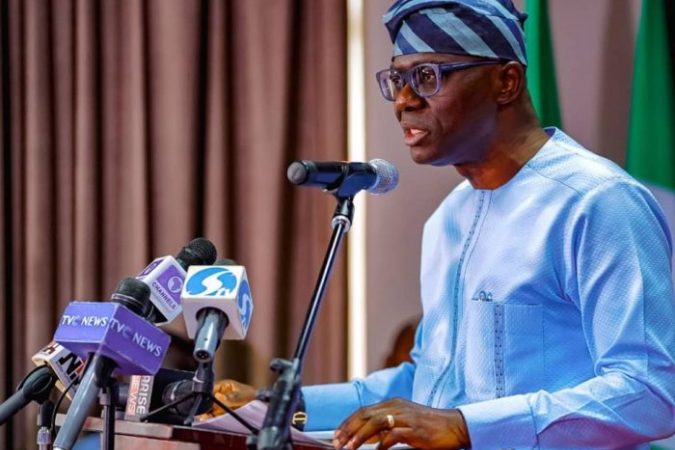 The Lagos State Government has denounced a report in a section of the media alleging that the Governor, Mr. Babajide Sanwo-Olu has abolished the Ministry of Wealth Creation and Employment.

A statement issued by the Public Affairs Unit of the Ministry of Wealth Creation and Employment stated that the Ministry was created via an Executive Order (No. EO/AA.OI.2015) of June 17, 2015, to create sustainable wealth for Lagos citizens as well as promote and sustain entrepreneurship, through effective use of strategies and resources, in collaboration with relevant stakeholders.

The press release referred to Governor Sanwo-Olu’s speech at the inauguration which alluded to the importance of sustainable wealth for Lagosians, saying, “great opportunities for employment and wealth creation can only be realised sustainably if we are able to enhance governance with creativity, innovation and technology while embracing collaboration with the private sector and continual dialogue and partnership with all relevant stakeholders”.

According to the statement, the authors of the news story failed to take cognisance of the rejection of three nominees during the screening by the House of Assembly, noting that the proposed portfolios for the disqualified persons remain vacant until the conclusion of the process by the Screening Committee of the legislative arm of Government.

The statement urged newsmen to always remain professional by balancing their stories and leveraging on the harmonious relationship between the Lagos State Government and the media to always verify facts from government spokespersons whenever in doubt.

The release reiterated that the Ministry of Wealth Creation and Employment has created numerous entrepreneurs since its inception and had carried out diverse programmes to reduce the unemployment rate in the State, through the provision of funding for graduates and non-graduates with initiatives that have made them self-employed as well as employers of labour.

While emphasising the importance of the informal sector due to its contribution to the economic growth of Lagos State, the statement affirmed that the Ministry of Wealth Creation and Employment will continue to collaborate with the Lagos State Vocational and Technical Board to re-skill and equip tradesmen and artisans with modern techniques and tools to give them competitive advantage.