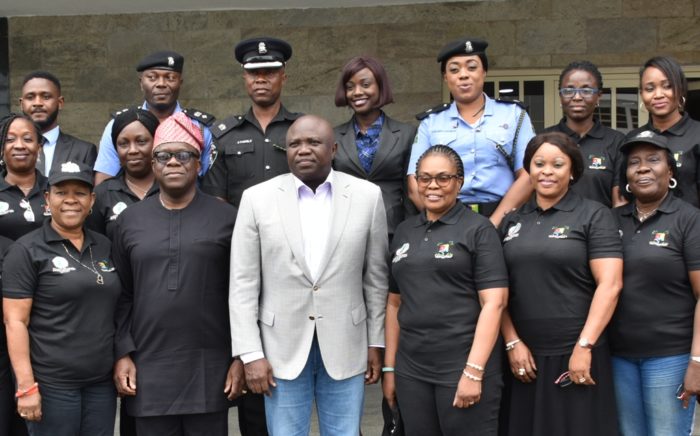 Lagos State Governor, Mr Akinwunmi Ambode on Friday expressed optimism that the new DNA Forensic Centre of the State Government would go a long way in ensuring that perpetrators of domestic violence and sexual crimes are punished in line with the provision of the law.

Ambode, who spoke at Lagos House in Alausa, Ikeja when he received members of the State’s Domestic and Sexual Violence Response Team (DSVRT) led by the Attorney General and Commissioner for Justice,

Adeniji Kazeem, said apart from being part of the comprehensive justice sector reform plan, the DNA Forensic Centre would complement efforts of such agencies like the DSVRT to rid the State of sexual abuses and domestic violence crimes.

The governor, who recalled a recent case involving the rape of a three-year-old girl which was thrown out by the Court for lack of evidence, said the DNA Centre, which is the first of its kind in West Africa, would henceforth eliminate such incidences, as there would now be solid evidence to back up such cases.

He said: “Just few days back, we commissioned the DNA and Forensic Lab Centre in Lagos and many thought we could not do it because in the past, there have been efforts to do it but because of the huge cost implication, they could not.

“We were so determined that we were going to do something about justice reform and we have to do it in totality and setting up that DNA Centre means we have given a veritable vehicle for DSVRT and others to pursue the dream which is to rid the State of the societal ill.

“With that, we are saying that we are ready to back everything that the Team is doing because it is not enough for us to get victims rescued, we should also be able to put up measures to punish perpetrators and by setting up the DNA Centre, it is more or less to complement what the Team is doing.”

While commending DSVRT members for their efforts in promoting and championing the fight against domestic and sexual violence in the State, the governor said it was gratifying that the advocacy and efforts were not only helping to reduce the menace but also making more people to come out to report such cases.

He said: “I enjoy the fact that the advocacy has really worked. When we started, I hear comments like is this what Ambode should be concentrating on, he should go and do roads. But we are on our way to stop issues that relate to domestic abuse and sexual violence.

“This is a societal ill that does no one any good, it distorts the productivity of a city; it reduces the GDP of this economy; it looks very fluid but it is very critical. That is the message we are sending. For everyone freed from this, we increase productivity by almost double and then if it becomes an attitude, it then means that we have done something for this society.

“This is one silent project. It does not look like the Ajah Bridge neither does it look like Third Mainland Bridge but it’s one key area through which we can touch our people positively.”

Ambode also called for more institutions and volunteers to join the fight against all forms of sexual and domestic abuses.

Earlier, the Attorney General, who is the Chairman of DSVRT, said the Team was at Lagos House as part of activities marking the one-month long awareness against domestic and sexual violence crimes, to appreciate the support and commitment of Governor Ambode to issues relating to the fight against the menace.

Kazeem recalled the all-male walk led by Ambode last year against domestic and sexual crimes, saying that the initiative of the State Government against the menace was now being copied by almost all the States of the federation.