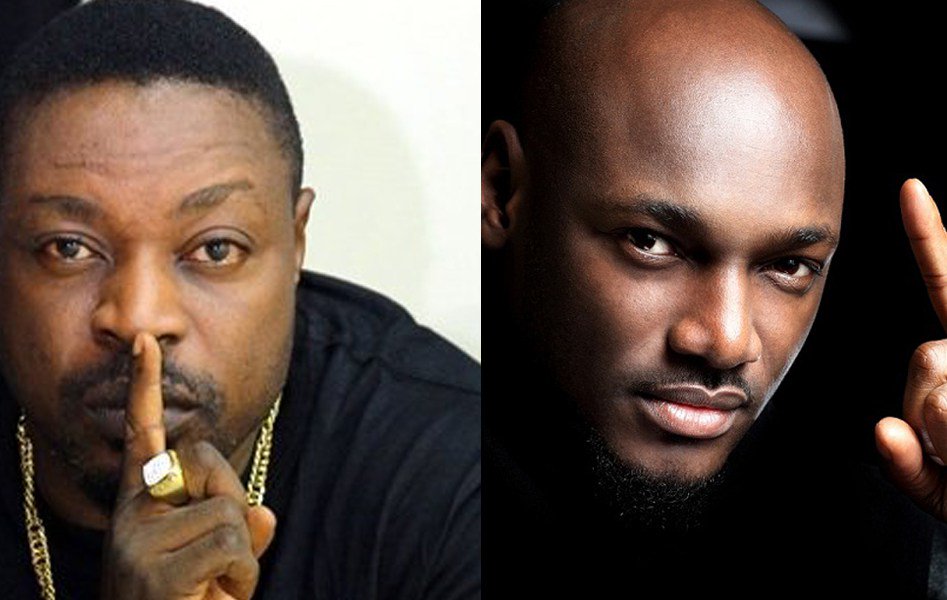 Eedris Abdulkareem has fired back at Innocent ‘2face’ Idibia for calling him out on social media earlier in the week.

Eedris had blasted the singer, claiming that he influenced Tuface’s growth in the industry.

Eedris Abdulkareem has fired back at Innocent ‘2face’ Idibia for calling him out on social media earlier in the week.

Eedris had blasted the singer, claiming that he influenced Tuface’s growth in the industry.

2face had, in a series of tweets, responded to Eedris’ rants a few weeks ago, where he said Tuface should have helped his former label mate, Blackface, to rise again in the industry.

The African Queen crooner had tweeted, “Dear Blackface and Idris. As na una sabi music pass, make una do the music and stop talking nonsense all the time. I’m too busy, so this is the only advice and response u’re gonna get from me. Una fit resume una nonsense rants.”

Reacting, however, Eedris reminded 2face that he was the one who introduced him to Kenny Ogungbe of Kennis Records, the record label that shot him to limelight.

He described Tuface as a “fake person who is used to deceiving Nigerians.”

“Tuface is the definition of his name. He is a very fake person but you would think he is a good person. Life is not about competition but about doing the right thing when God gives you the power to do it. My problem with Tuface is this, if he tells you good morning, go and check the time. It was the same Tuface that took Nigerians on a ride; he told them that we should protest, he made so much noise but we all know how that ended. He knows exactly who sent him to do that and after everything, he backed out. So his name is Tuface but he should not call himself Tubaba, he should remain Tuface.

“Eddie Montana and Tony Tetuila are my brothers. We all started together as Remedies, so we have a story to talk about. Plantashun Boys and Remedies are a family, we all started together, we went on tours together and there are a lot of things that I saw which prompted me to do the song, Wackawickee MCs. The song was talking about my experience during the Rothman’s groove tour with the Plantashun Boys. Whether you like it or not, we all have a history together and I saw everything that happened. I came back to sing the song. In the song, I said that Tuface was the Plantashun while the rest are the boys but he should not let it get to his head. Today, God has blessed him but he is still competing with the guy that wrote most of his hit songs. Why isn’t he helping him and forget about the past? Is that what life is all about?

“The world will know about this in the songs that I will drop very soon. The only way he can become Tubaba is for him to become a good person and he should stop lying to Nigerians. He should go back to Blackface, show him love and forget about competition. That is what I am talking about. Besides that, I have no problem with Tuface. I am showing Tony and Eddie love the same way they show me love. I took Tuface to Kenny Ogungbe, he is a stupid boy. He should get it straight to his head, it is not about now. Nobody is competing with anybody. He should get his acts together. Also, we are different from each other, I am a responsible man. Even if he is a married man now, don’t forget he still has about seven ‘wives,’ so when he is talking, he should watch his mouth because we are different people. Tuface should understand that it is not about competition but speak the truth,” he said while speaking with Punch.