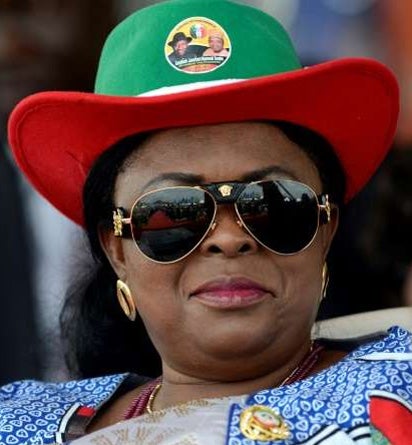 The lockdown arising from coronavirus appears to have slowed down the fight against corrupt practices in the country for close to six weeks.

Meanwhile, the Economic and Financial Crimes Commission, EFCC, says there is no cause for alarm as it will ensure that none of its ongoing investigations and cases in court will be aborted.

The Commission is certain that as the federal and state governments begin to reopen the economy, it will ramp up legal actions to bring the suspects of financial crimes to account for their actions.

“These suspects will unfailingly have their days in court,” EFCC Acting Chairman, Ibrahim Magu, declared.

Documents reviewed by Sunday Vanguard indicate that the Commission has its hands full of cases awaiting resolution   in court, while some cases being investigated are ripe enough for prosecution.

The EFCC is prosecuting Martins, the coordinator of the Police Equipment Fund (PEF), following his alleged connivance with three others to embezzle about N7.7 b belonging to PEF.

It will be recalled that the EFCC had appealed the judgment of Justice Mohammed Talba of an FCT High Court, Gudu, which discharged him and his co-defendants, Ibrahim Dumuje, Joni Icheka and Cosmas Okpara, after he upheld their “no-case submission” on November 24, 2009.

Dissatisfied with the verdict of the lower court, the EFCC approached the Court of Appeal in Abuja, asking it to set aside the judgment on the grounds of perverse verdict and miscarriage of justice.

In its decision, the appellate court, on June 28, 2012, upheld the argument of the EFCC, insisting that its appeal was meritorious.More in Home

The Court of Appeal, further in its landmark judgment read by Justice Regina Nwodo, held that Justice Talba erred in his judgement and consequently ordered the Chief Judge of the FCT High Court to reassign the case to another judge for re-trial.

But as the EFCC was getting set to re-arraign the defendants, Martins proceeded to the Supreme Court, asking the apex court to set aside the decision of the Court of Appeal.

The Supreme Court, however, on March 23, 2018, dismissed Martins’ appeal, thus giving the green light for the commencement of his trial. To this end, the EFCC amended the charges against Martins and other defendants and arraigned them before Justice Adebiyi on January 15, 2020 for their various alleged roles in forging Corporate Affairs Commission (CAC) documents to facilitate the alleged PEF fraud among other allegations.

Hearing on the case is expected to continue immediately after the lockdown is relaxed.

Okupe is being prosecuted by the EFCC alongside his two companies, Value Trust Investments and Abrahams Telecoms, on a 59-count charge bordering on money laundering and criminal diversion of funds to the tune of N702, 000, 000.

Babachir Lawal was arraigned for benefiting illegally from the approval of N544, 119, 925.36 for the removal of invasive plant species and simplified irrigation.

The EFCC re-arraigned him on second amended charge of 22 counts bordering on money laundering before Justice Mohammed Liman.

Mompha and his company were first arraigned in November 2019 on a 14-count-charge.

In the amended charge, EFCC alleged that Mompha procured his company, Ismalob Global Investment Limited, to retain N33 billion between 2015 and 2018. The case is ongoing.

Suswam and others are standing trial in three cases pending before the Federal High Courts Abuja.

The latest is a three-count charge of money laundering and illegal possession of firearms on which he was arraigned on July 6, 2018 before Justice Mohammed Ahmed.

Proceedings are expected to resume on October 24.

In the first of the other two cases, Suswam is being tried with his former Commissioner of Finance, Omadachi Oklobia.

They are accused of diverting proceeds of the sale of Benue State’s Investments.

The case is pending before Justice Ahmed Mohammed and has been adjourned to October 9 for continuation of trial.

Suswam, Okolobia and Mrs. Janet Anuga, in the second charge FHC/ABJ/CR/48/2017, were accused of diverting funds meant for SURE-P projects in the state.

The case was pending before Justice Gabriel Kolawole before the judge’s elevation to the Court of Appeal.

The case is expected to be reassigned to a new judge at the resumption of the court.

Dr. Waripamo-Owei Dudafa, a former SSA to President Jonathan on Domestic Affairs,   is on trial alongside Iwejuo Joseph Nna before a Federal High Court in Lagos.

He was docked on June 11, 2018 before Justice Mohammed Idris over alleged N1.6 billion fraud.

The former presidential aide and his suspected accomplice were arraigned on a 23-count charge of alleged conspiracy to conceal proceeds of crime amounting to N1.6 billion.

In the charge, EFCC alleged that the two accused persons, between June 2013 and June 2015, used different companies to fraudulently launder the said money.

Yakubu, on his part, was arraigned by the EFCC on March 16, 2017 before Justice A. R. Mohammed of the Federal High Court, Abuja on a six-count charge bordering on money laundering, non-disclosure of assets and fraud.

The former NNPC GMD’s journey to the dock started on February 3, 2017 when operatives of the EFCC stormed a building belonging to him and recovered $9,772,000 and £74,000 cash stashed in a huge fire-proof safe.

Following the raid, Yakubu, on February 8, 2017 reported to the Commission’s Kano Zonal Office, where he admitted being the owner of both the house and the money recovered.

The EFCC says the offence breaches Section 7(4)(b)(ii) of the Advance Fee Fraud and Other Related Offences Act, 2006 and punishable under Section 7 (5) of the same Act.

A Federal High Court sitting in Kano and presided over by Justice Zainab B. Abubakar, on February 14, 2017, subsequently ordered the forfeiture of the money recovered from Yakubu to the Federal Government.

The order was sequel to an ex parte application by the EFCC seeking an interim forfeiture of the sum.

Ogunleye, a former Minister of Works and former Pro-Chancellor of the Federal University of Agriculture, Abeokuta, Ogun State, was arraigned on November 25, 2016 by the EFCC.

In the case with suit number AB/EFCC/03/16, Ogunlewe, alongside the Vice-Chancellor of FUNAAB, Prof. Olusola Oyewole, and Bursar, Mr. Moses Ilesanmi, were arraigned before the Ogun State High Court, Abeokuta, on 18 counts, bordering on conspiracy, stealing, obtaining money by false pretences and abuse of office in connection with alleged N409 million fraud.

The court sat on the case in January 26, 2017 when Ogunlewe requested that his name be removed from the suit.

Shekarau was arraigned in May 2018 by the EFCC before a Federal High Court sitting in Kano over alleged money laundering.

The erstwhile governor of Kano State, together with Bashir Wali and Mansur Ahmad, are facing a six-count charge bordering on conspiracy and money laundering to the tune of N950 million.

Lawyer to the EFCC, Mr. Johnson Ojogbane, told the court that the defendants had, between March 26 and 27, 2015 in Kano, conspired and received various sums of money without going through financial institutions.

In one of the several money laundering cases against former First Lady, Mrs Patience Jonathan, the EFCC had filed a 15-count charge against her companies, Dudafa; Amajuoyi Briggs, a lawyer; and Damola Bolodeoku, a Skye Bank official.

After the charges were read, the first, second and third accused pleaded not guilty to the charges.

Meanwhile, each of the four individuals representing the companies listed in the charge pleaded guilty to the charges.

The matter involving the former First Lady has yet to be resolved.

So also are all other pending cases at different levels of our court system.

But the EFCC says it is determined to follow all the cases to a logical conclusion, notwithstanding the hiccup in their trial as a result of Covid-19.

Reviewing the cases, Magu vowed that all pending investigations and cases would be followed up diligently.

“As a commission saddled with the power to rid this country of corruption and bring the culprits to book, we are committed to doing just that to make honest and hardworking Nigerians to have faith in themselves and continue to serve their fatherland patriotically and to show the bad eggs that corruption does not pay,”the Acting EFCC Chairman said.

Mudashiru Obasa: A Custodian of Law To Enshrine Good Governance