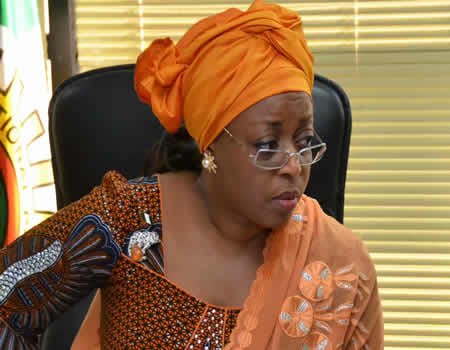 Nwosu was alleged to have received the money from a former Petroleum Minister, Diezani Alison-Madueke, to rig the 2015 elections.

The News Agency of Nigeria (NAN) reports that ex-INEC official was arrested after Wednesday’s proceedings in another criminal case at the Federal High Court in Lagos.

They were arraigned along with Yisa Adedoyin, who pleaded guilty to receiving cash payment of N70 million from Diezani,  who is also named in the charge as being “at large”.

Nwosu pleaded guilty when he was first arraigned, but changed his plea to `not guilty’ after he claimed that the EFCC had induced him to plead guilty.

The witness said Nwosu received N17 million via his Diamond Bank account and another N13 million through his Union Bank account.

Zakari also tendered some land title documents allegedly acquired by Nwosu with some of the funds.

After the documents had been admitted in evidence, the prosecution closed its case.

The Defence Counsel, Mr Victor Opara, said his client would file a no-case submission, saying the prosecution’s case is baseless.

After the proceedings, Nwosu and other accused were arrested outside the courtroom.

In the charge, the prosecution alleged that the duo had on March 27, 2015 accepted gratification to the tune of N264 million from the former Minister of Petroleum Resources, Allison-Madueke.

They were alleged to have conspired to take possession of the money which sum they reasonably ought to have known formed part of the proceeds of an unlawful act of gratification.

They were also accused of making cash payments to the tune of about N235 million which sum exceeded the amount authorized by law without going through a financial institution.

On count seven, Nwosu was alleged to have directly used the sum of N30 million which he ought to have known formed part of an unlawful act of gratification.