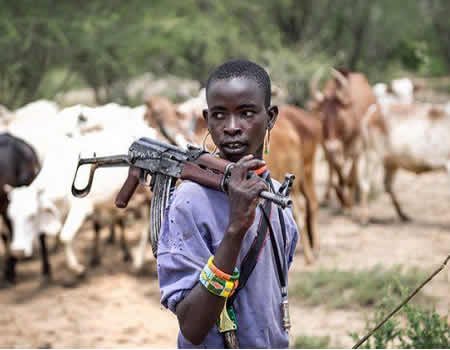 The Ogun and Oyo state police commands have dispelled the rumoured herdsmen attacks on Lagos/Ibadan expressway, describing it as fake and the handiwork of mischief makers aimed at causing disaffection among peace-loving Nigerians.

The image-makers of the two police commands issued statements on Tuesday signed by Abimbola Oyeyemi and Adekunle Ajisebutu of Ogun and Oyo commands respectively.

Gory picture of dead people lying on the road, as well audio recordings depicting the attack on Lagos/Ibadan highway by herdsmen, and victims in distress, had been circulating on the social media since Tuesday.

According to Oyeyemi in his statement, there was no attack by herdsmen or any other group in all the highways across and within Ogun State, adding that the picture attached to the post being circulated on the social media was that of an accident which occurred about eight years ago on July 31, 2010.

“The Lagos/Ibadan highway is one of the busiest roads in Nigeria and the command is not oblivious to that fact.

“For that reason, there has been massive deployment of police operatives from FSARS, Anti-Kidnapping/cultist unit, PMF as well as conventional policemen on surveillance and monitoring operatives and patrols to ward off any act of criminal activities on that road.

“In as much as there is freedom of speech as guaranteed by the constitution of Federal Republic of Nigeria, such freedom does not include peddling dangerous rumours that can cause breach of public peace,” the Ogun PPRO said

He added that the Command was investigating those behind the rumour with a view to bringing them to justice, describing them as “enemy of the state.”

His Oyo counterpart also enjoined Nigerians to ignore “the gory picture and audio circulated on the social media, as they are fake.”

Ajisebutu pointed out that there was no such incident in the place mentioned or anywhere in the pacesetter state, neither was it reported in any police station.

“The Oyo State command, while dispelling the rumour, is resolutely committed to providing adequate security for the good people of Oyo State.

“Consequently, the Commissioner of Police has ordered 24-hour constant vehicle patrol on all the highways in the state and mandated the command’s anti-crime patrol teams to provide security for travellers and other citizens throughout the state,” the PPRO said further.