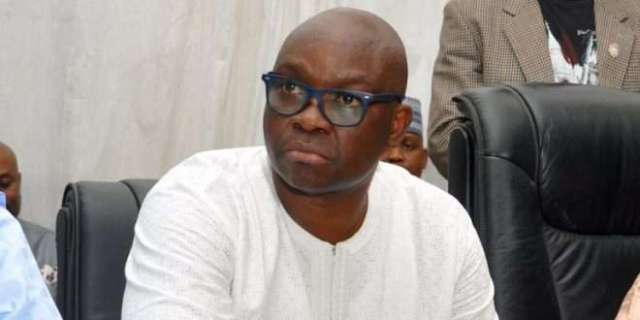 Leading the exercise, permanent secretary in the ministry of lands, Ademiloye Fasiku, said “We are here basically to enforce compliance with urban development plan of government. We have given them notices but they never responded. We asked them to submit their approved plan for clearance but nothing was done.

Mr Fasiku said four letters were written to the station on the need to comply with regulations, but the management did not respond positively.

The permanent secretary added that there were discrepancies in the approved purpose for the building and mast, said, “Following these discrepancies, a penalty charge of N985,000 was recommended but was not paid.”

General Manager of the station, Layi Oyawa, however, said he did not receive any letter from the ministry, saying, “The only letter I got was from the Signage and Advertisement Agency. Why is this coming at this time? However, we are going to address it the legal way.”

Condemning the sealing off of the station, Fayose described it as a plot to rig elections in the state.

In a statement by his media aide, Lere Olayinka, the former governor said, “From information made available to the public by the radio station, the government requested for payment of N175 million as Signage Fee, which for all intent and purposes, was ridiculous.

“It is sad that Fayemi chose to take laws into his hands by ordering policemen attached to him to invade a private business premises and close it down without order of any court.”

Full address of President Buhari to the nation