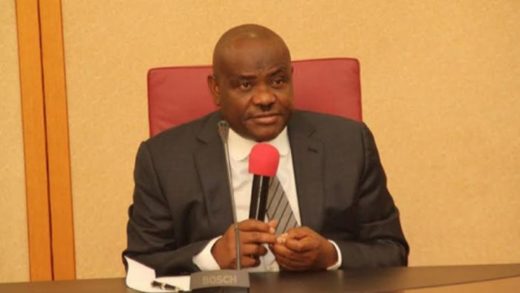 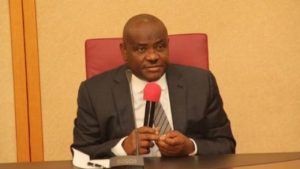 Rivers State Governor, Nyesom Wike, has alleged that the Minister of Transportation, Chibuike Amaechi, has concluded plans to bomb the offices of the Independent National Electoral Commission (INEC), destroy voting materials at Registration Area Centres and disrupt the peaceful conduct of the general election in the state using some unpatriotic military and police officers.

The governor also declared today (Friday) as public holiday for Rivers people to pray for God’s intervention in ensuring that the elections are peaceful.

But Amaechi has described Wike’s accusations as childish and an indication that the governor is afraid and a coward. The minister also accused INEC Chairman, Prof. Mahmood Yakubu, of working for Wike, who was minister of state while he served as Director of Tertiary Education Trust Fund (TETFUND).

In a state broadcast yesterday ahead of the general election, Wike said he had credible intelligence that revealed the plot of the minister.