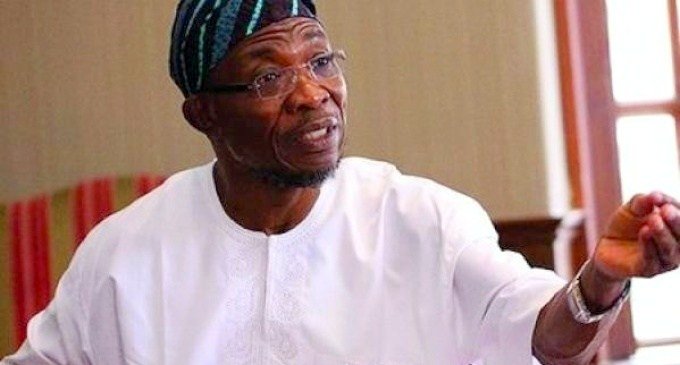 Inits bid for transparency and accountability in the management of the state’s finances, the Government of Osun through the office of Auditor-General presented its 2015 and 2016 Audited Accounts to the public ‎

The presentation for the two fiscal years made Osun ‎the pacesetter among the six participating states comprising of Anambra, Cross River, Jigawa, Kano and Yobe in the State and Local Governance Reform (SLOGOR) Project.‎

The participants at the Forum described the Governor Rauf Aregbesola’s administration as accountable, transparent and open, particularly in the management of the public treasury.

The programme which was organized by the office of the Auditor-General in the state in collaboration with State and Local Governance Reform (SLOGOR) Project (EU/World Bank Assisted) was held at Aurora Event Centre, Osogbo.

Presenting the Audited Accounts for the two fiscal years, the State Auditor-General, Mr Folorunso Adesina, put the total Revenue for 2015 at N85.9 billion, while the total Recurrent Expenditure was N66.9 and total Capital Expenditure was put at N17.9.‎

He added that the total Revenue for 2016 was N91.5 while the total Recurrent Expenditure for the same year was N61.1 and total Capital Expenditure was N28.3 respectively.
Adesina said the Audit was conducted in accordance with international standards on Auditing as applicable to the public sector and the provisions of section 125(5) of the same Constitution.

According to him, in compliance with the provisions of section 125(2)‎ of the Constitution of the Federal Republic of Nigeria as amended, “I have examined the accounts and the financial statements of the state government of Osun for the year ending 31st December, 2015.

“In my opinion, projects and programmes executed were satisfactory in consideration of fund employed, financial statements and related schedules gave a true and fair view of the state government of Osun as at 31st December, 2015 and 31st December, 2016 respectively”.‎

Ijidele noted that the Aregbesola’s administration has shown to the world the extreme commitment to good governance as being reflected in the myriads of achievements that the state has made since inception.
He described Osun as one of the few states in Nigeria where government’s commitment to accountability, transparency, probity and openness in the management of the public treasury took the centre stage.
According to him, this forum is a demonstration of innovation in public financial management as the people of the state will be fully exposed to the way and manner at which their resources are managed and administered.‎‎

He held that Governor Aregbesola has continuously shown great love and passion for good governance that has accountability, transparency and probity as bedrock.
“In line with Mr. Governor’s policy of transparency, probity and accountability in governance, he gave approval for organizations in which this Audit Forum is to further promote the openness of the present administration.
”

The Audit Forum is a platform whereby the Auditor-General presents the Audited Accounts of the State Government to the public for comments and observations of the people.
“It is a great thing that out of the six participating states in SLOGOR project (Anambra, Cross River, Jigawa, Kano, Yobe and Osun), it is only Osun state that has been able to organize Audit Forum to update the public on 2016 financial accounts ahead of other participating states.
“This Forum will bring tremendous advantages to the State Government as it will boost the image of the state amongst the comity of states as being responsive and responsible government which holds in high esteem the rendering of stewardship to the electorate.
“This forum will also facilitate the commitment of International Donor Agencies (IDAs) to assist the State Government in critical sectors that will impact positively on the living standard of the generality of the people”, Ijidele added.
The Chairman House Committee on Public Account in the State House of Assembly, Hon. Olalekan Afolabi hailed the Aregbesola’s administration for prioritizing transparency, accountability, probity and openness in governance.
He said the House has a robust and warm relationship with the Aregbesola’s administration due to the state’s commitment to good governance and accountability in government.‎
Also, the Head of Service, Dr. Festus Olowogboyega Oyebade, said Osun government has demonstrated the sincerity of purpose in the management of the public funds.
He described the present administration in the state as one of the few states in Nigeria that are accountable and transparent to the citizenry.
“Through this, our state has fulfilled one of the critical setup by the Federal Government in her Fiscal Sustainability Plan as the hosting of Audit Forum is bound to spur both national and international investors to bring their capital into the state.
“This gesture will also go a long way in assisting the state government of Osun to fulfil most of its electoral promises to the people even in the face of economic downturn in the country”, he stressed.
Sola Fasure
Media Adviser to the Governor, State of Osun
Bureau of Communications and Strategy
Office of the Governor