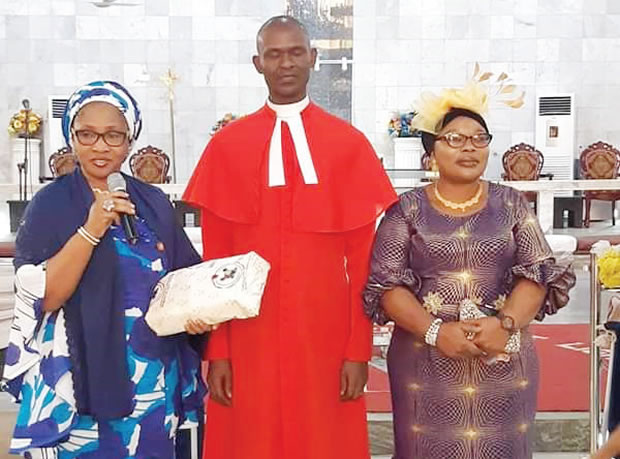 Emotions ran high at the Chapel of Christ the Light, Alausa, Ikeja, on Wednesday, as the Lagos State Government honoured a former presiding Chaplain of the chapel, Venerable Femi Taiwo.

The congregation, consisting of church members, family, friends and well wishers of the cleric, sang songs after songs as they celebrated the occasion.

The state Commissioner for Home Affairs and Culture, Mrs Uzamat Akinbile-Yusuf, who was joined by top officials of the ministry, presented a gift to Taiwo on behalf of the government.

PUNCH Metro learnt that the special service, which held for about 30 minutes, was kept under wraps, as many church members were not informed.

In May 2017, PUNCH Metro had exclusively reported that Taiwo, his wife and their two children were evicted from the vicarage after being given 24 hours notice to quit.

Church members contributed money to buy cooking utensils for the family, as a new accommodation was sought for them.

Taiwo had been accused of not according the wife of former governor Akinwunmi Ambode, Bolanle, preference and recognition during an anointing service.

Bolanle, with her entourage, was reported to have stormed out of the Sunday service in a fit of rage.

Efforts by women leaders in the church to persuade them to stay on were said to have been rebuffed.

Shortly after they left, the priest was served a dismissal letter by the governing council of the chapel.

The incident had generated outrage from Nigerians, who criticised the former governor and his wife for humiliating the former chaplain.

The head of the African Church, Ifako Diocese, Rt. Rev. Michael Adeyemi, who seconded the cleric to the chapel, had said Bolanle committed a sacrilege.

However, the Chairman of the Christian Association of Nigeria in the state, Apostle Alexander Bamgbola, justified the  action of the state, saying the priest was a government employee and he could be fired by his employers.

The Christian leader, however, parried questions on the propriety of the 24-hour eviction order.

Two years and six months after, the Governor Babajide Sanwo-Olu administration, through the Ministry of Home Affairs and Culture, honoured Taiwo.

A member of the chapel said the special service was kept secret, adding that officials of the ministry, including the commissioner, special adviser, permanent secretary and some members of staff were present.

“Everything was done very quickly too. We started with a hymn, followed by an address by the special adviser to the governor. After a brief remarks, the commissioner presented a gift to Taiwo,” he stated.

The source said though the government’s action was commendable, the church wanted the priest to be honoured in a bigger way.

A senior official of the chapel said he got a text about the event around 2pm on Tuesday.

He insisted that the programme was an initiative of the state government.

He stated, “I got a text stating that the ministry was coming to the chapel to honour Venerable Taiwo. Some members started sharing and spreading the message till late last night (Tuesday).

“When we arrived, the special adviser to the governor was the first to talk. He said something like, ‘Since I have been in Alausa, nobody has told me that you (Taiwo)stole money; nobody said you are a womaniser’. A very brief remark testifying to the integrity of the priest and I believe that was all Venerable Taiwo wanted.”

Our correspondent learnt that the female group in the church turned out in a colourful aso ebi to mark the occasion.

The source said despite the short notice, the women mobilised and organised to wear the uniform to honour Taiwo.

A video clip sent to PUNCH Metro by the official showed the priest singing several songs of praise as he was joined by the church members in a dance.

While thanking the state governor for the honour, he appreciated Nigerians for their kind words.

Taiwo said, “I thank God for His faithfulness and the uncommon grace and rare privilege He has given to me. I thank the Lagos State Government; Mr Governor, Aduramigba Iyanuoluwa Babajide Sanwo-Olu. I appreciate you and everyone. In the midst of the storm of life, you stood by me.

“The day I was to leave here, I saw angels coming down in the form of men. Spontaneously, I saw members of this church come around me and providing all a man could need to survive. What happened that day, nobody prepared for it; nobody thought of it. But God went ahead and made the crooked way straight. I thank and appreciate all of you and I pray that the glory of God will shine on your lives.

SANWO-OLU TO CDC’S: MONITOR STATE PROJECTS IN YOUR COMMUNITIES 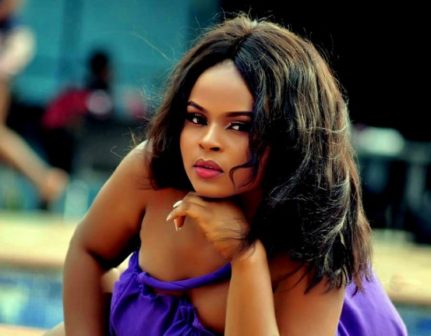 Nollywood actress, Juliet Njemanze, has stated that she would cheat on her man if he is not able to satisfy her in bed.

Speaking to Vanguard, the actress disclosed that apart from the love for God, the most important thing to her in any relationship is sex, which she even rates higher than money.

“For me, apart from knowing God and all … sex is the next most important. He has to be good in bed.

“It’s definitely sex before money because you could give me all the money in the world, if I’m not sexually satisfied, I will definitely cheat on you,” she said.

The Imo State born actress who had been a fan of the screen acting right from her formative years carved a niche for herself in the entertainment industry.

Born in the ancient city of Kano, Juliet Njemanzeinterprets scripts to reflect the true picture of the message flawlessly. The young actress who speaks Hausa fluently also possesses high degree of oral proficiency in spoken language.

She has featured in the following movies “Calabash” where she played as “Cheta” in Obi Emelonye‎ production. Others are “Tears in My Heart” “My Regret” “Pharaoh Let My People Go” “15 Years of Slavery” “My Friend My Pain” and “Avoidable blunder” 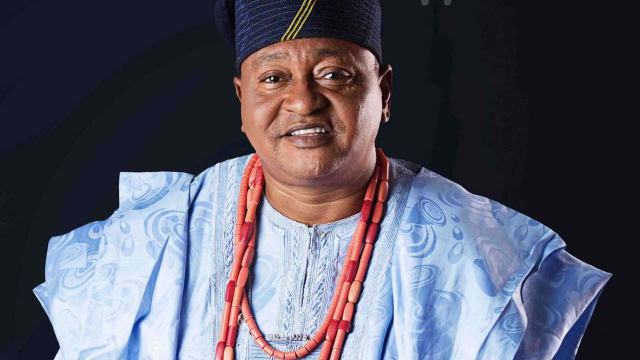 Nollywood veteran actor, Jide Kosoko has opened up on his marital history.

In a recent chat with punch.ng, the ace actor who is seen to be ladies’ man, said; “I have been blackmailed many times, but I sailed through. They have called me a ‘ritualist’ before, which means I am a murderer.”

“Initially, as a human being, I felt bad. But my skin is too thick for all that rubbish. Instead of feeling bad, I will go on my knees and pray to God to give His judgment.”

“And I always see these people get their judgment. I don’t want to mention names. I don’t know anything about what is happening to Kemi Olunloyo and I don’t follow her on social media. Apart from her, there are other people who have rubbished my name in the past.”

“Becoming a polygamist wasn’t my design. With my upbringing, I am not supposed to be a polygamist. Though my father was a polygamist, he didn’t marry the number of women I have married.”

“My first wife, Sola’s mother, was working with the Nigerian Customs Service. She was not involved in my industry and then I would travel for two months.”

“So, I was tempted to take a second wife. But unfortunately for me, in the circumstances I cannot explain till today, I lost two wives within a year.”

“You can imagine that! So, I decided not to remarry again, though I had girlfriends; I was a ladies’ man. Two of my girlfriends were very close to the house and my friends too would come with their girlfriends.”

“So, we were almost turning the house into a brothel. Later, my doctor, a lady, visited me and advised me to remarry. She said it was the best for me, insisting that I was too young to be without a woman. I lost my two wives in 1992 and 1993 respectively, and I was not up to 40 then.”

“I agreed to take a wife in the long run, but I had two women who were intimate with me – Henrietta and Alhaja Bimbo. Since I couldn’t say no to either of them, I married two wives again.” 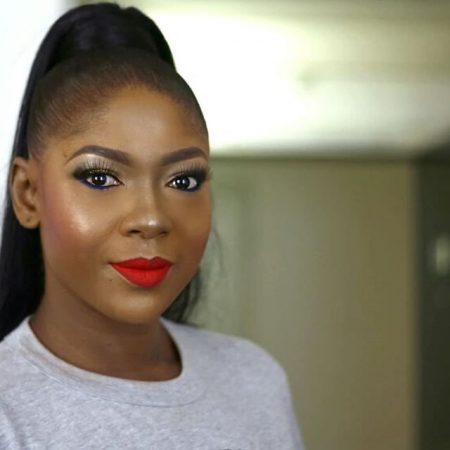 Benue state native Susan Peters, said women should be allowed to have two husbands, just like men can marry multiple wives and even side chicks as well so why not.

The 39-year-old who married a Dutchman in 2015 but is now divorced, reveals that incase thunder fires, one husband, the other will be available for the woman.

Susan Peters is a multiple award-winning Nigerian actress with over 50 credits in Nollywood films. She is a star on Nigerian TV, a successful model, an interior designer, and a beauty salon owner.