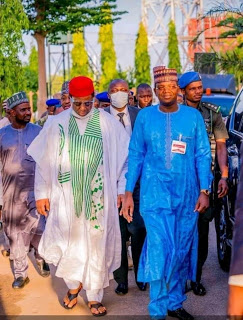 “Verily I, the servants, the helpers, and my followers defend them, because Christians are my citizens; and by Allah! I hold out against anything that displeases them. No compulsion is to be on them. Neither are their judges to be removed from their jobs nor their monks from their monasteries.

No one is to destroy a house of their religion, to damage it, or to carry anything from it to the Muslims’ houses. Should anyone take any of these, he would spoil God’s covenant and disobey His Prophet. Verily, they are my allies and have my secure charter against all that they hate.

No one is to force them to travel or to oblige them to fight. The Muslims are to fight for them. If a female Christian is married to a Muslim, it is not to take place without her approval. She is not to be prevented from visiting her church to pray.

Their churches are to be respected. They are neither to be prevented from repairing them nor the sacredness of their covenants. No one of the nation of (Muslims) is to disobey the covenant till the Last Day (end of the world).”

With this, Prophet Mohammed (SAW) the son of Abdullah, entered a covenant to those who adopt Christianity, near and far, we are with them.

I came up with this in a bid to build my argument on. I can boldly assert that many Muslims in Nigeria do not abide by this simple document which will eliminate all forms of religious bias and bigotry.

Femi Fani Kayode’s visit to Zamfara and his confernment of a chieftancy title by the Shinkafi Emirate has generated a lot of negative reactions and resistance. While I cannot and I will never hold brief for Femi Fami Kayode and I cannot begrudge anyone for demonstrating his or her rejection of such move, I think we should jump at this golden opportunity to preach peaceful coexistence among Nigerians along religious and ethnic divide.

Zamfara State got into spotlight when democratic rule was restored in 1999 with its introduction of Sharia Law. Many other northern States joined the train and the created a huge chasm among Nigerians. Zamfara is still perceived in such bad light beyond the northern region. Many do this without setting a foot on Zamfara. This many believe is responsible for the poor level of enrollment in schools and an abysmal position on human development indices rating which left Zamfara as the poverty capital of Nigeria.

With renewed efforts by Governor Bello Muammed Matawalle-led administration towards rebranding the state and repositioning it towards greatness, who will be a worthy ambassador for Zamfara State in its quest to regain the confidence of not only Nigerians but foreign investors? Who will many take seriously than a former critic of your values who now claim to know better? Who will sell your brand better than someone who knows how you will be attacked?

The leadership of Shinkafi Emirate scored a very huge point with this move and I can only implore them to reach out to dissenting person to let them see the greater good in the decision. This will also go a long way in healing our land and reducing the level of hate, mistrust and intolerance among Nigerians.

I will not rule out political interference and power play in the event playing out, I strongly believe with a deep understanding of the Charter of Peace, we will surely chart a new path for peaceful coexistence in our dear country.