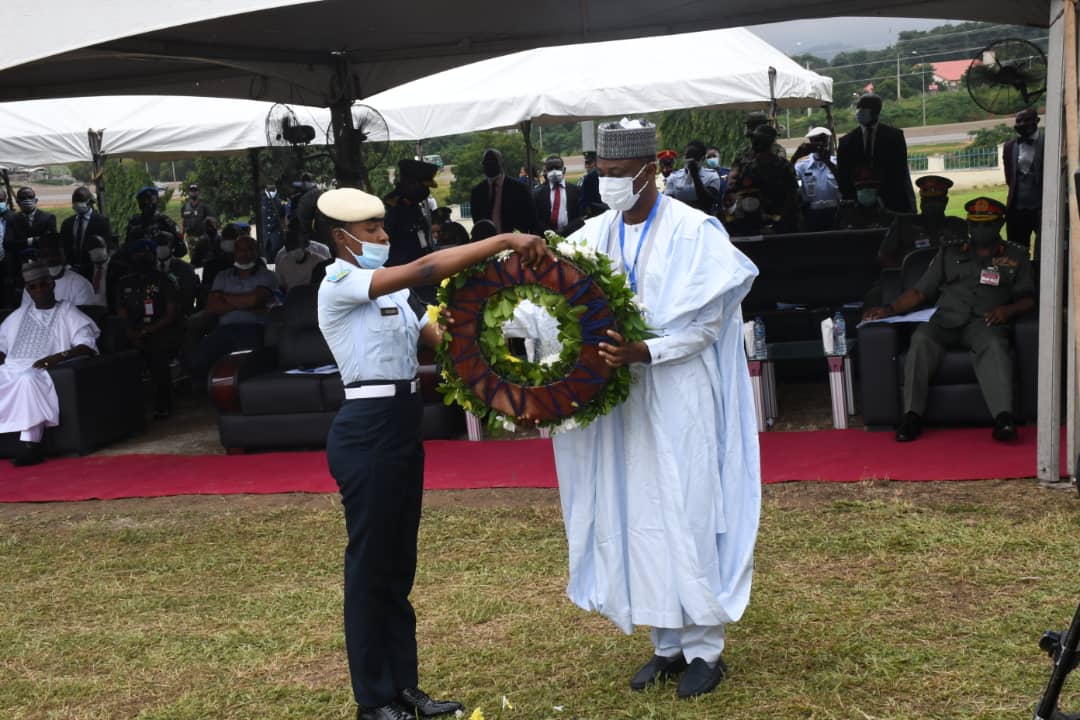 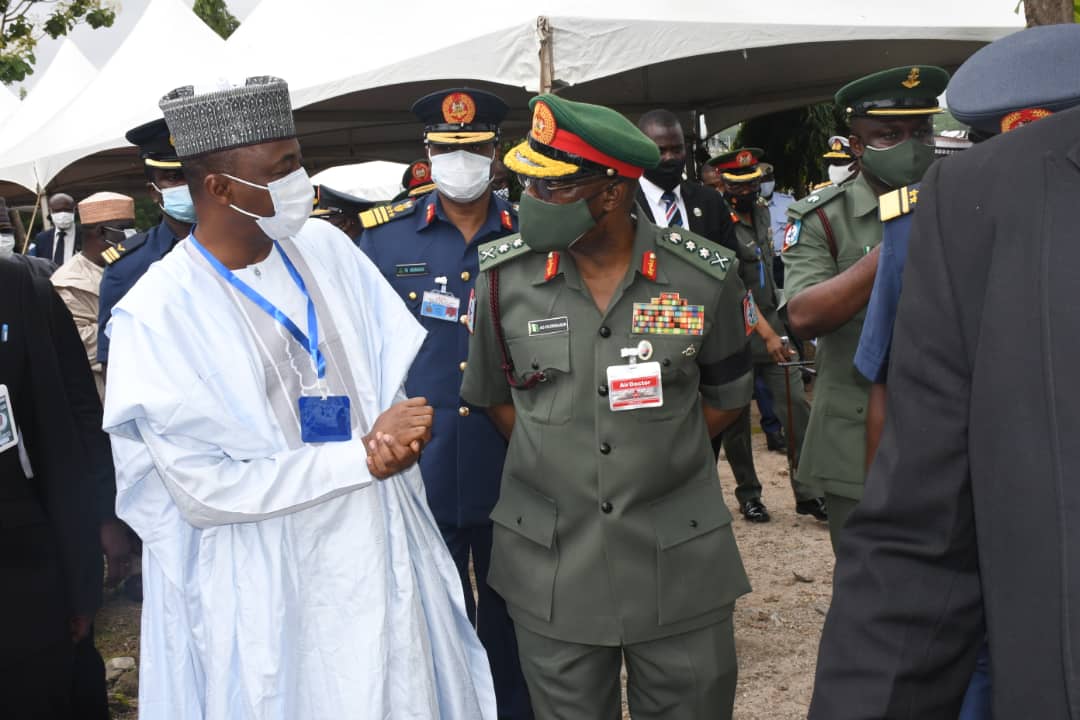 The Defence Minister Magashi who was Special Guest was unavoidably away in the entourage of President Muhammadu Buhari to Mali and was represented by the Permanent Secretary Ministry of Defence Sab’iu Zakari at the solemn ceremony.

The representative of the Minister flanked by ministers, Kogi State Governor, Yahaya Bello, Chief of Defence Staff, General Gabriel Abayomi Olonisakin, the host Chief of Air Staff, Air Marshal Saddiq Baba Abubakar as well as the representatives of Service Chiefs, Members of the National Assembly and the eight- man member of the Arotile family bid farewell to the gallant pilot who flew to the great beyond on July 14th 2020.

The sad atmospheric condition at the burial of the late heroine expectedly fulfilled all Military rites and regimentatiion befitting her pride of place in the National history as a mentee in the service of the Nigerian Air Force.

The Special Guest led dignitaries and top Military Officers in the laying of wreath at the tomb of the late flying Officer, winged on 15th October 2019 and had 400 flying hours Combat Mission to her credit in service to the nation in the fight against armed banditry in the North West and North Central parts of the Country. 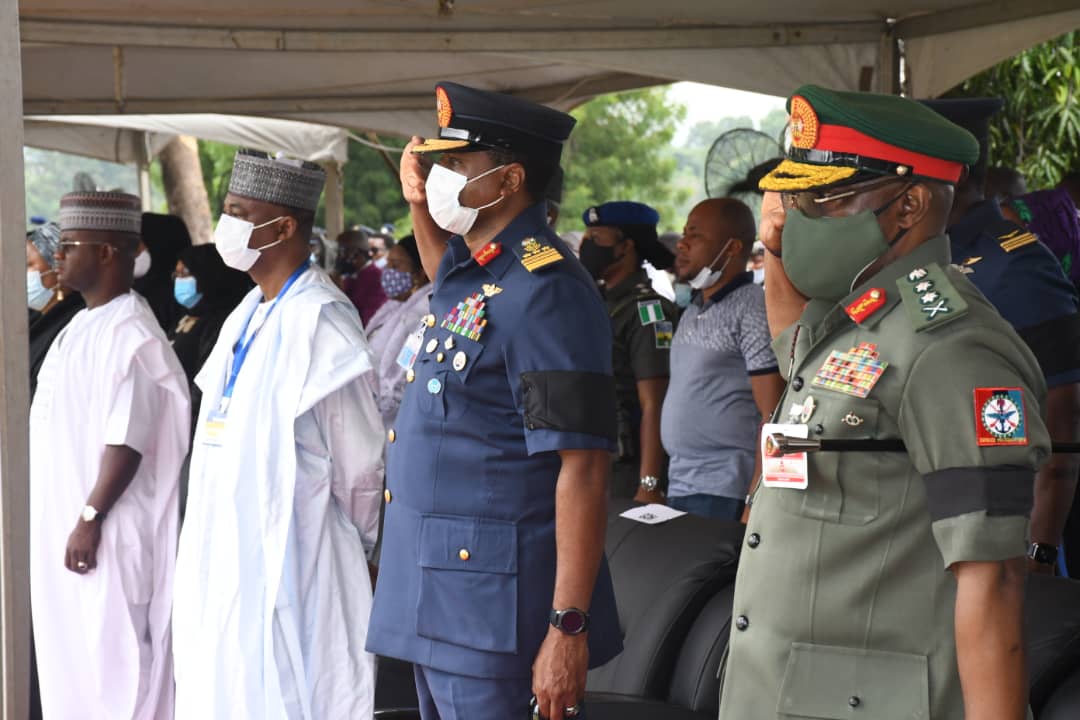 The symbolic presentation of National Colours to the next of kin of the late twenty four years old pilot and firing of Volley by burial party were performed amidst tears. Oratory remark by the Chief of Air Staff Air Marshal Saddiq Baba Abubakar, reading of citation by Coursemate of the deceased Joy Chukwu and tribute by the representative of Akin Arotile family characterised the Ceremony.

FFK AND SHINKAFI EMIRATE: A GOOD REMINDER OF THE CHARTER OF PEACE – Deyemi Saka