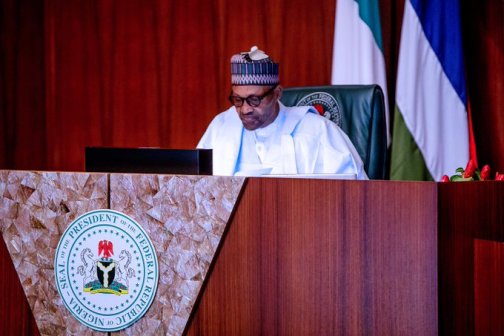 The Federal Government plans to distribute N10 billion as Trader Moni loan to petty traders and artisans in the 2020 fiscal year.

Under the Trader Moni micro credit scheme, the Federal Government (FG), through the Bank of Industry (BOI) provides interest free and collateral free loan to petty traders and artisans. The loan ranges from N10, 000 to N100,000 per beneficiary.

The loan is part of the social intervention programmes under President Muhammadu Buhari led administration.

According to the 2020 Appropriation Bill signed into law by the President on Monday, N10 billion was allocated to BOI as ‘Grants to BOI to support low interest loan to SMEs’.

Vanguard investigation also revealed that the same amount was allocated for the same purpose in the 2019 Appropriation Bill.

A BOI official confirmed to Vanguard that the bank does not receive any other money from the FG apart from the fund received for disbursement as Trader Moni.

The first loan to an individual under the Trader Moni guidelines is N10,000. Upon payment of the first loan, the individual qualifies for a higher amount. The maximum amount allowed is N100,000.

While the first loan of N10, 000 can be collected without Biometric Verification Number (BVN) or bank account, the borrower must have a BVN and a bank account for the next set of loans.

Recalled that the Federal Government said it will increase the number of beneficiaries to five million from 2.5 million annually.

Statistics from the Trader Moni Command Center showed that N19.6 billion had been disbursed to 1.95 million Nigerians under the programme as at the end of October. The data also showed that 4.6 million people have been enumerated out of which 2.57 million have been verified.

Meanwhile, the Federal Government also plans to spend N2 billion for the operations of the Treasury Single Account (TSA) operations.

This however represents 50 percent decline when compared to the N4 billion allocated for same purpose in the 2019 Appropriation Bill (Budget 2019).

Vanguard investigation revealed that the N2 billion allocated will mostly be spent to transaction fees to electronic payment service providers.

Consequently, the FG bears the cost of transactions made to its vendors, which is N100 per transaction. But for payments to government (Government Collections), the payer settles the transaction charge.