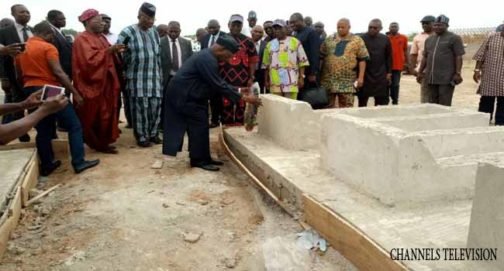 Describing the incessant killings as ‘senseless,’ the former President said the Federal Government must take proactive steps or risk the consequences of burying innocent victims like those killed in the New Years’ attacks in Benue State.

The former Nigerian leader, gave this advice during his solidarity visit to Benue State to condole with the Governor Samuel Ortom and people of the state over the incessant attacks and killings, Channels tv reports.

“Mr Governor, please accept my condolence. This to me goes beyond what is on the surface and we need to find out what is at the bottom of it.

“That is the responsibilities of leaders. They must leave no stone unturned to find what is the root cause of this and put a stop to it,” Obasanjo said.

Obasanjo also laid a wreath in honour of the 73 victims of the herdsmen attacks in Makurdi, the Benue State capital and flayed the additional killing of over 85 persons since the mass burial in January 2018.