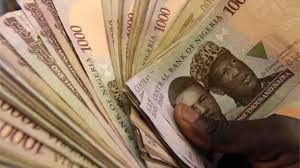 To be factual, this masquerade is a fraudster and a typical’“419′ syphoning innocent people’s hard-earned monies. He has scooped a lot of cash from unsuspecting investors using the UBA account number 2121845122 with the name Augustine Okosun.

His style of luring people into ‘business’ is that FlipCash is an international organization in connection with Western Union which would pay any interested investor double or triple of money invested in thirty minutes. However, if anyone pays into his dubious account, that is the beginning of the story. If the dubious businessman tells you to pay initial payment, he would go further to ask for an additional 5% of processing fee and this is an avenue he used to catch his victims. For the benefit of Nigerians and to alert the Nigerian Police Force and other security agencies, his numbers are 09077190451 and 08081314171. The dubious Augustine Okosun, who is believed to be working with a syndicate also swingle Nigerians through the social media which includes Instagram, Whatzapp, Facebook and others. we urge Nigerians to be wary and careful about this faceless fraudster who perhaps is using another man’s picture as his own.

SARAKI, PDP, OTHERS CONGRATULATE EKWEREMADU AT 57