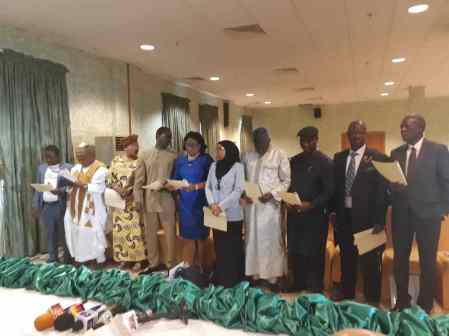 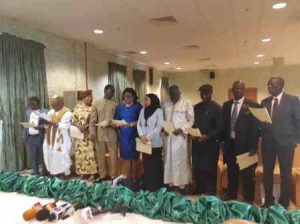 Minister of Labour and Employment, Chris Ngige, has inaugurated the new National Social Insurance Trust Fund (NSITF) board after a two-year delay.

The Minister while inaugurating the new board in Abuja, on Monday said that the two-year delay in the inauguration is as a result of massive looting in the organisation between 2012 and 2015.

Ngige said between that period the sum of N62.5 billion was contributed out of which N48 billion was unaccounted for and N25 billion was withdrawn without vouchers.

Channels Television reports that the past board is being investigated by the Economic and Financial Crimes Commission (EFCC).

The new board is to be chaired by Austin Enejomo-Isire.

Ngige, however, charged the new board to resist the temptation of fixing special allowances for themselves urging them to execute their duties fairly and transparently.

He also advised them to focus on staff welfare, not personal enrichment.

FLIPCASH: A GAMBLING FRAUDSTER ON THE RUN