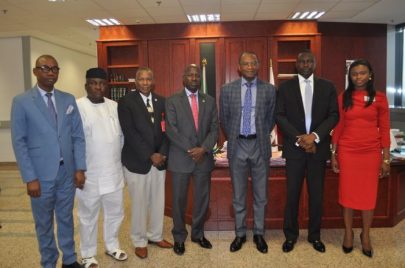 The acting Chairman, Economic and Financial Crimes Commission, EFCC, Ibrahim Magu, has lamented the difficulties being experienced in the repatriation of stolen assets traced to foreign countries, making a clarion call on international law enforcement agencies to assist the agency in this regard.

“The process of repatriating monies stashed abroad has been very frustrating and disappointing, yet we have done everything possible, gone out of our way to encourage our sister agencies, but cooperation is almost nil,” he said.

He said: “We have been investigating a number of cases for over four years working with the Federal Bureau of Investigations, National Crimes Agency and even the Crown Prosecution Service, we have done everything possible, gone out of our way to encourage our sister agencies, but except there is a third party involved there is no cooperation.”

While noting that “the Swiss have been more cooperative”, Magu observed that “the others never disclose their findings”, and are “very reluctant to get the proceeds repatriated”.

“We are willing to go outside this country to give evidence, and to share the intelligence that we have,” he stressed.

He further noted that President Muhammadu Buhari has remained unwavering in his vision and mission of ensuring victory in the anti-corruption crusade.

“The next level in the corruption fight is promising, there is political will and we are going to be daring,” he said.

Noting that the Administration of Criminal Justice Act, ACJA 2015 has been “very helpful”, he opined that “majority of the people in the Judiciary are not doing well, but a few of them are, and we use to have dialogue with them to share our experience, and this has been very helpful”.

He further revealed that from January till date, the EFCC has secured about 550 convictions.

While commending the MacArthur Foundation and the DAI for their support of the anti-corruption crusade in Nigeria, he called for more support for the EFCC in all areas possible.

According to Abah, the visit was part of efforts aimed at further supporting the anti-corruption crusade in Nigeria.

“We recognize the valuable work EFCC is doing to preventing, investigating, prosecuting and combating financial and economic crimes,” he said.