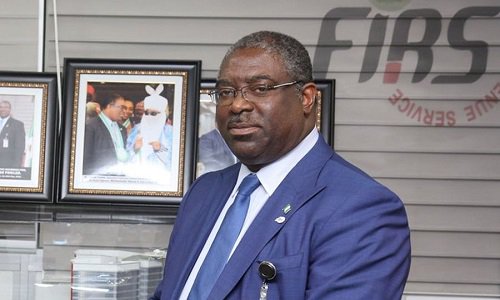 The chief executive of Federal Inland Revenue Service, FIRS, Tunde Fowler, has replied the query issued him by the presidency.

While Mr Fowler agreed that actual tax collection since the beginning of President Muhammadu Buhari’s administration is lower than the 2012-2014 period under former President Goodluck Jonathan, in general terms, he told the presidency FIRS under him has performed better regarding specific non-oil tax types, such as VAT and CIT.

He associated the general lower collection since 2015 to oil market crisis which has seen a fall in commodity price compared to the period under Mr Jonathan, and recession “which slowed down economic activities.”

In the letter, Mr Kyari asked Mr Fowler to explain why government revenue under Mr Fowler has always been less than projected revenue and why the revenue has dropped compared to what obtained between 2012 and 2014, under ex-President Goodluck Jonathan.

On Monday, the presidency explained that the query to Mr Fowler does not mean that he is being investigated.

In the query stamp-dated August 8, the Chief of Staff to the President, Abba Kyari, questioned Mr Fowler over “observed significant variances” between budgeted collections and actual collections for the period 2015 to 2018.”

Further, Mr Kyari sought an explanation of the reasons for poor collections, stating that “we have observed that actual collections for the period between 2015 and 2017 were significantly worse than what was collected between 2012 and 2014.”

In his response, Mr Fowler suggested the presidency’s view as conveyed by Mr Kyari did not reflect all the facts.

He further explained that oil price fall and low production caused the variances between the country’s target collections and actual collections since the beginning of the present administration.

He added that a troubled economy is associated with his tax collection performance.

“The Nigerian economy also went into recession in the second quarter of 2016 which slowed down the general economic activities,” he said. “Tax revenue collection (CIT and VAT) being a function of economic activities were negatively affected but actual collections of the above two taxes were still higher in 2016 to 2018 than in 2012 to 2014,” he said.

Mr Fowler said the “strategies and initiatives” adopted for the collection VAT under him was responsible for the increase over the 2012 to 2014 period.

“In 2012, the VAT collected was N802 billion compared to N1.1 trillion in 2018,” he said. “This increase is attributable to various initiatives such as ICT innovations, continuous taxpayer education, taxpayer enlightenment, etc embarked upon by the Service.”

He is now looking set to complete his term as the head of the revenue service or earn a tenure renewal by President Buhari.

NIN: Only 79 Nigerians enrolled in US – Official