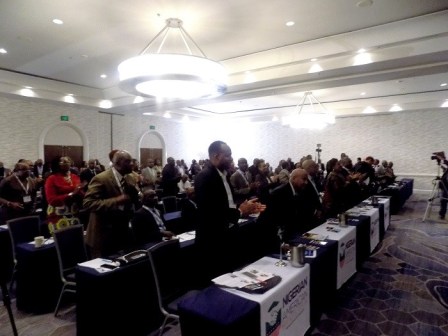 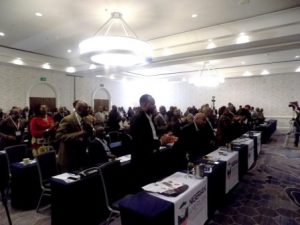 The update came through the Deputy General Manager of NIMC, Ms Uche Chigbo, almost three months after the exercise was launched in the U.S. in late May.

Chigbo told the News Agency of Nigeria (NAN) in New York that the enrolment was being done in five centres located in New York, Washington/Maryland, Atlanta and Houston.

Chigbo, who attributed the slow progress to “teething’’ challenges, said the issues were being addressed as they emerged.

“Like any new project, there have been some teething problems and implementation issues with the enrolments.

“These include licensees’ familiarity with the enrolment software, good understanding of the enrolment process and connectivity issues.

“There is a dedicated team on the NIMC side handling and resolving issues as they arise.

“Training of enrolment staff of licensed firms has been done and still ongoing for new batch,’’ she said.

NIMC is executing the project through licensed private companies, which are charging enrollees between 40 and 50 dollars each.

Chigbo had explained that NIMC decided to engage the private companies because it lacked the legal backing and resources to carry out identity registration outside Nigeria.

“It is in this light that we decided to license private sector organisations, which have the legal backing to engage in such service provision in the U.S.

“They made investment in terms of equipment because we didn’t give them the equipment they are using; they have to buy all of that.

“They are also renting offices, employing people and establishing connection between whichever country they are operating in and Nigeria so that they can seamlessly send the records real time online.

“All of these are investments they are making and as a going concern, a token should be paid for this service that they are going to be rendering,’’ she said back in May.

However, the leadership of the Nigerians in Diaspora Organisation Americas (NIDOA) had rejected the fees, which it described as unacceptable.

MISS GREEN AND WHITE 2019 OUT TO PROMOTE PEACE