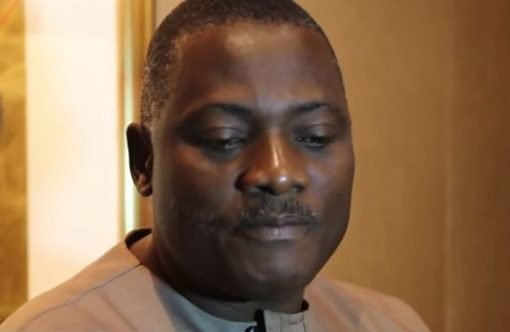 Chukwuma was to be arraigned alongside his company Innoson Motors Limited and Charles Chukwuma by the Economic and Financial Crimes Commission on charges of fraud and stealing.

The defendants however failed to make an appearance for their scheduled arraignment.

Mr U. Onwukwe, the counsel to the defendants told court that he had filed an application challenging the jurisdiction of the court to hear the case.

“We have an application objecting to the jurisdiction of this court and it was filed on Jan. 15.

“The EFCC arrested them and they know where they reside, they granted the second defendant (innocent Chukwuma) bail on self recognition and told him to come to EFCC office on Feb. 20, in December they went ahead to file these charges.

“Charles Chukwuma who is the third defendant in the charge, was not even arrested by the EFCC,” Oneukwe said.

Interjecting, counsel to the EFCC, Miss Zainab Ettu, claimed that the automobile businessman and his co-defendants were evading service.

“The most important thing is for us to proceed to trial, the defendants are on administrative bail and as diligent citizens of the country, when they were aware of the charges, they are to come to the EFCC office with their counsel and receive a copy of the charge.

“My Lord, we will be asking for the shortest possible date since they are evading service so that we can serve them in the courtroom,” the EFCC prosecutor said.

The presiding judge, Justice Mojisola Dada asked the EFCC to pass an advanced copy of the charge to Onwukwe as a form of service.

Onwukwe, however objected by saying that he could not accept the advanced copy of the charge as a form of service to the defendants.

“Put the copy of the charge on the table if he refuses to accept it,” the judge ordered.

According to the charge sheet, the defendants committed the offences between 2009 and July 2011 in Lagos.

The defendants are alleged to have fraudulently induced staff of Mitsui OSK and Maersk Line to deliver to them via their clearing agents the goods which were imported from China in the name of GTB by falsely pretending that they were authorised by the bank to clear the goods.

The prosecution claimed that the defendants, in order to facilitate the fraud forged a bill of lading numbered 598286020 of Maersk Line Limited and 11007950841 of Mutsui O.S.K Lines by knowingly putting a false GTB stamp and signature of the bank staff.

The alleged forgery was in order that the forged documents be used or acted upon as genuine to the prejudice of any person within Lagos or elsewhere.

Justice Dada adjourned the case till Feb. 9 for possible arraignment