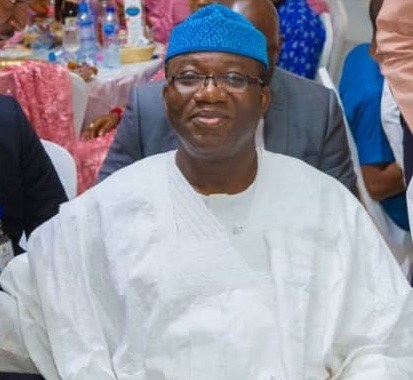 Gov. Kayode Fayemi of Ekiti state has called on the state police Commissioner, Mr Amba Asuquo, to expose those behind the killing of two students of the Federal University, Oye Ekiti (FUOYE) during a protest.

Fayemi, who made the call in a broadcast on Monday night, said a Judicial Panel of Inquiry would be constituted to probe the incident, as demanded by student union bodies.

He said the state government would compensensate families of the dead as well as foot the bills of those injured.

The governor also lauded the exoneration of his wife, Bisi, from cause of the deaths.

He said it was wrong for anyone to terminate the lives of students holding a lawful protest over poor electricity supply to their campus.

“I have in the last few days agonised over the incident that took place at FUOYE on Tuesday, Sept 10, 2019

“Until the multiple investigations already set up are completed, I am necessarily constrained from talking about the details of what transpired

“Any death is a tragedy. Any shooting arising from legitimate protests diminishes our fledgling democratic dispensation and calls to question, our commitment to fundamental human rights

“Having heard from all parties to the incident, it is pertinent that I now personally convey my deeply felt sorrow for the loss of two promising young lives and for those who suffered injuries

“Our government prides itself on its strict adherence to the rule of law. The right of citizens to protest on any issue relating to governmental actions or inactions is a fundamental component of our good governance agenda

“We could not therefore under any circumstances, have directed that deadly force be used on any of our citizens freely expressing their right to protest

“Even before the conclusion of the investigations into this matter, we have taken a number of steps; a high level government delegation has visited the families of the deceased

“This will not be a one-off intervention. We will stand firmly with, and support the families at this time. Those persons with varying degrees of injuries will also be given support whilst their hospital expenses will be defrayed by government

“Taken together with the ongoing investigation by the University management, we will consider the need for an independent panel of inquiry, if necessary once these fact finding investigations are concluded,” he said.

The governor said he had suggested to police authorities to explore the use of non-lethal rubber bullets in managing public protests, vowing that the Nigerian Governors Forum would take this up at the highest level.

“I note the initial public statement by the University authorities and its Students Union body. We welcome the conclusion that neither the wife of the Governor nor any Government official directed the shootings

“Indeed it is obvious that the wife of the Governor and those on her entourage are victims of this unfortunate incident.

“Only last week, my Commissioner for Infrastructure and Public Utilities was still in Benin to see BEDC management on the matter of inadequate and inconsistent supply of electricity in Ekiti State

“Though Governors do not have any control over privatised power distribution companies, the four Governors from the states covered by the Benin DISCO have consistently expressed dissatisfaction with the services of BEDC and taken the matter up with the Vice President who chairs the Privatisation Council

“In addition to this, I have been talking to the Rural Electrification Agency about including FUOYE in the next round of their University Electrification Project,” the governor said.

He appealed for calm and caution as government awaited the reports of the various investigations, saying no persons or group should attempt to use the tragic incident to destabilise the peace and progress of the state.

Only people with degree in stupidity will leave PDP for APC, says Dino Melaye