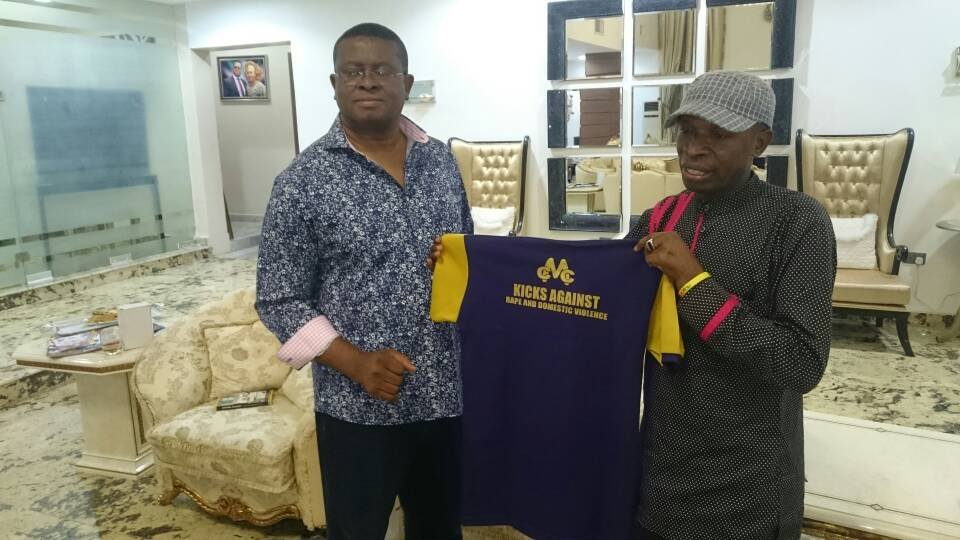 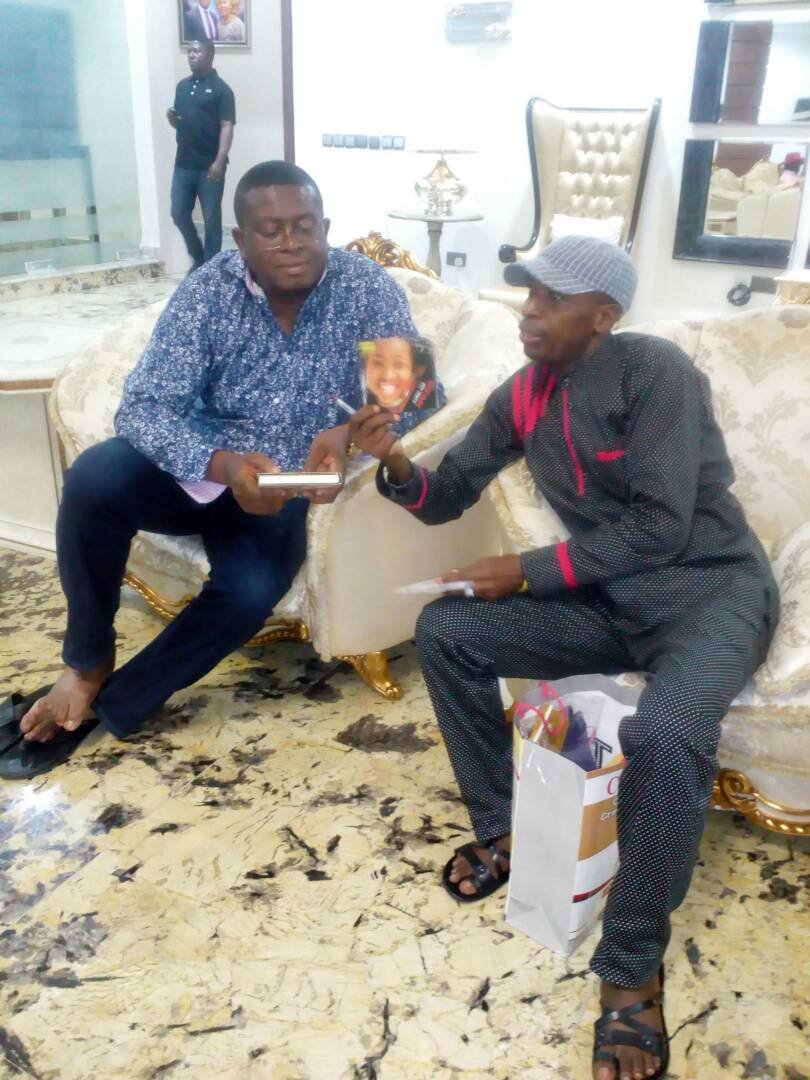 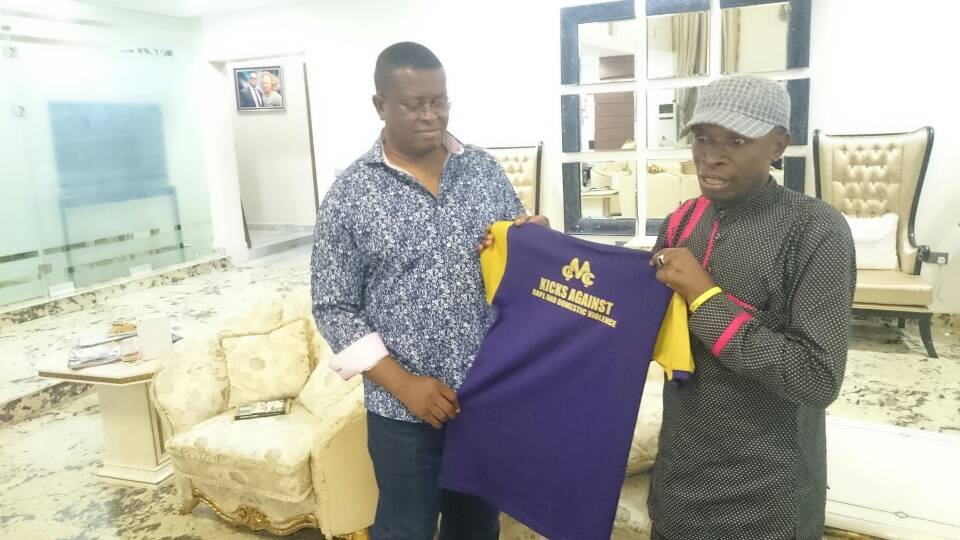 In his opening remarks, Ambassador Cornel Udofia, the United  Nations award  winner thanked the former commissioner  whom he described as “Man of the People”for his consistency in setting pace for good governance and true patriotism as well as saluting him for his immense contribution to the development of Akwa Ibom state which has been the virtues that earned him the enviable office.
On his part, Mr. Inyang who was deeply  gladdened, described this gesture as ‘a call unto greater service to humanity’. He affirmed that he is ready to throw his weight behind the organization in ensuring that they attain lofty heights.

The CMC GLADIATORS dignitaries were treated to a sumptuous meal with choicest wine. This was followed by the unveiling of the T-SHIRT tagged :KICK AGAINST RAPE AND DOMESTIC VIOLENCE presented alongside Books,DVD, Magazines and Christmas hampers to the Mr. Inyang.

At the close of the day, Amaka Grace gave the vote of thanks on behalf of CMC.

TY Bella gets Canon deal at 40