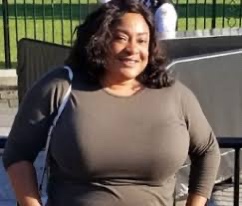 The size and calibre of Nollywood stars gathered at Ikeja, Lagos, venue of Foluke Daramola Salako’s gala event to celebrate aged Nollywood veterans on November 29 authenticated the goodwill the actress has enjoyed over the years.

In a chat with Sunday Scoop, Baba Wande expressed joy at the honour given to him and other aged veterans.

He said, “Foluke Daramola thought about this great initiative; may God continue to bless her. What she did today hasn’t been done before. It’s the first of its kind. We have wealthy people in Nigeria, we have a government in Nigeria, but none of them has thought about honouring aged Nollywood stars and even giving them money. I am happy being part of those that were honoured.”

In the same vein, veteran actor, Chief Peter Fatomilola said, “I am happy to be honoured and given money. We have rich people in Nigeria, but even our leaders didn’t think of this kind of initiative. The money meant to be used in taking care of pensioners and the aged is being embezzled. Foluke honoured us despite not having all the resources. She will grow old and make more impact.”

Fuji musician, Alabi Pasuma, ended the event on a high note as he serenaded the veterans with his groovy Fuji songs. It was a great sight to behold as the aged Nollywood stars greatly relished the event.
-Playground. ng

Dec. 1 is AIDS day: 10 latest facts you need to know about HIV/AIDS