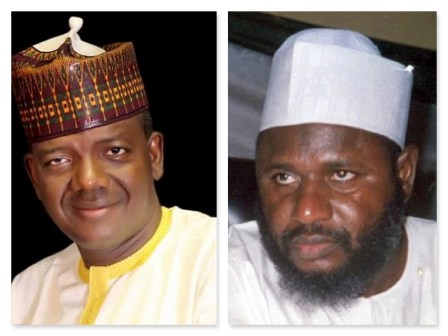 Zamfara’s Governor Bello Matawalle of the Peoples Democratic Party will switch political allegiance to the All Progressives Congress soon.
Former governor of the state and three-term Senator Ahmed Sani Yarima confidently said this in a newspaper interview published on Monday.

Yarima, who as governor appointed Matawalle to run the Ministry of Local Government said the political switch is in the works and is ‘most likely”.

“Yes. We are working and we are talking. Every politician tries to get more people to their party especially governors. If I can have governors with me, the party will be better off”, he told Daily Trust.

Asked how far the APC had gone to woo Matawalle, Yarima responded:

“I think we have gone very far”.

Here is the rest of the conversation:

Q: So very soon he is going to decamp?

Q: Isn’t it an irony that while you are saying he is going to decamp to the APC, your foot soldiers in local government are decamping to the governor’s party, PDP?

A: This is politics. You would not understand what is happening. He will not just move in and not know who is with him. But now, if they move and he moves with them, they are his foot soldiers. Every politician wants to be sure that this man or this politician is with me.

Q: Where will ex-governor Abdulaziz Yari be in all this?

A: He will join. He will continue as APC member unless he wants to leave.
Read full interview in Daily Trust

Witchcraft is a myth, it doesn’t exist – AFAW