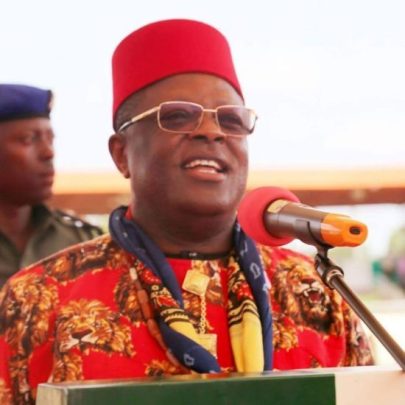 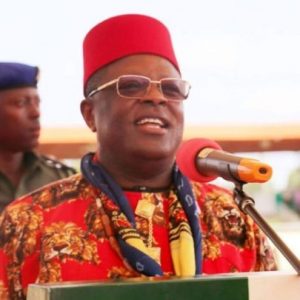 Gov. Dave Umahi of Ebonyi has announced his plan to appoint 800 aides, in addition to the 4,000 appointments already made by his administration.

Umahi said this on Monday in Abakaliki when he met with members of the state Executive Council (EXCO), state House of Assembly, Local Government Area (LGA) Chairmen and all the new appointees, among other stakeholders.

“We would be getting about 800 EAs, STAs and TAs by the end of this meeting and from this moment, the task of making similar appointments is taken from me and given to the people from the ward level.

“This means that we will appoint three more TAs from each ward of the state and the stakeholders will sit and nominate two, while the party – the Peoples Democratic Party – (PDP) will nominate one.

“The criterion used was that not all the past appointees returned but 80 per cent of the appointments included former appointees, especially those who did well,” Umahi said.

He said that the EXCO met on Monday and approved the remuneration of the new appointees, because it was in its power to do so.

“We would approach the House of Assembly on the issue of liaison officers, to bring their salaries to N60,000 in order to create additional ones, especially for women (widows).

“We intend to have two liaison officers in the wards – one for men and one for women and if you add party executives at the ward level, we will have about 4,000 appointees,” he said.

The governor said that the essence of the appointments was to encourage the people to contribute to the development of the state.
“Anyone that would be appointed would have something doing, at least possess one hectare of farmland, which will be adequately profiled.
“The development centre coordinators will ensure adequate supervision of schools and ensure that all ‘out of school children’ are in school, ” he said.
Mr Ikechukwu Nwobo, Commissioner for Special Projects, who spoke on behalf of the stakeholders, thanked the governor for convening the meeting.
Nwobo assured the governor that they would always partner with him in the task of developing the state.
“The stakeholders will ensure that the right people are nominated so that the wheel of progress in the state is sustained,” he said.