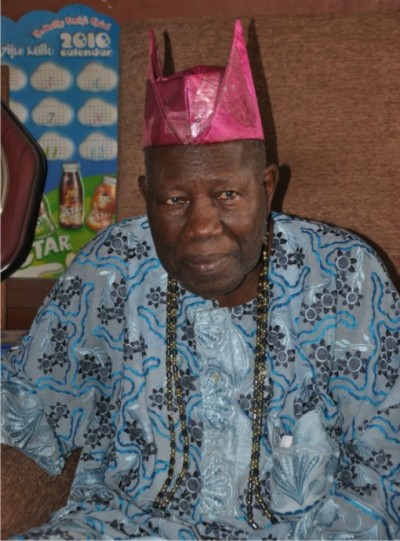 Gunmen have opened fire at the palace of the Olubadan of Ibadan land, Oba Saliu Adetunji, during installation of Mogajis and Baales on Monday.

While the activity was going on, the four gunmen in a black Toyota Sienna opened fire repeatedly around 11:45am, shattering Alli’s car’s glass windows and other cars parked in front of the palace, PUNCH reports.

It was gathered that The PUNCH journalist, Olufemi Atoyebi; his ThisDay counterpart, Demola Babalola; a correspondent with Daily Trust, Jeremiah Oke; and a chieftain of Labour Party who was a former Secretary to the Oyo State Government, Sharafadeen Alli, were among the people who escaped death while the shooting lasted.

The journalists, who were just arriving at the gate of the palace, were caught in the fire, but they escaped being shot as they ducked for cover in the drainage outlet in front of the palace.

They were there for about 10 minutes until the gunmen sped off towards Molete end of Popoyemoja.

Alli‎, who is the Asaju Balogun Olubadan of Ibadan land, was also lucky, as he was inside the car when bullets hit his car.

The gunmen stopped in front of the palace, shooting and daring people inside the palace to come out and confront them.

The shooting, however, did not stop the coronation inside the palace.