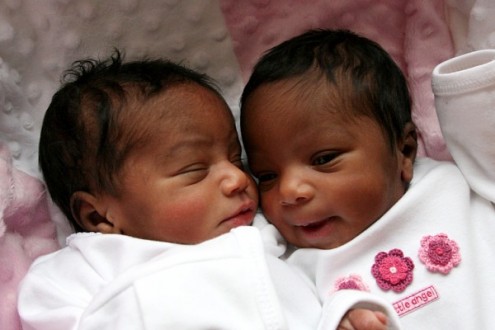 Illustration: a set of twins

Death has been reported of a lecturer in the Department of Quantity Surveying at the Obafemi Awolowo University (OAU), Ile Ife, whose name was given as Dr. (Mrs) Akintola, after giving birth to a set of twins.

Her death was said to be due to complications resulting from the child birth.

She was said to have fallen ill after giving birth and died on Monday.

According to The PUNCH, the Public Relations Officer of the university, Abiodun Olanrewaju, confirmed Akintola’s death in a telephone conversation.

“Unfortunately, the story is true. The details are not palatable. She gave birth to a set of twins. And there were complications thereafter.

“She was treated only to give up the ghost yesterday (Monday) morning”, the newspaper quoted Olanrewaju.