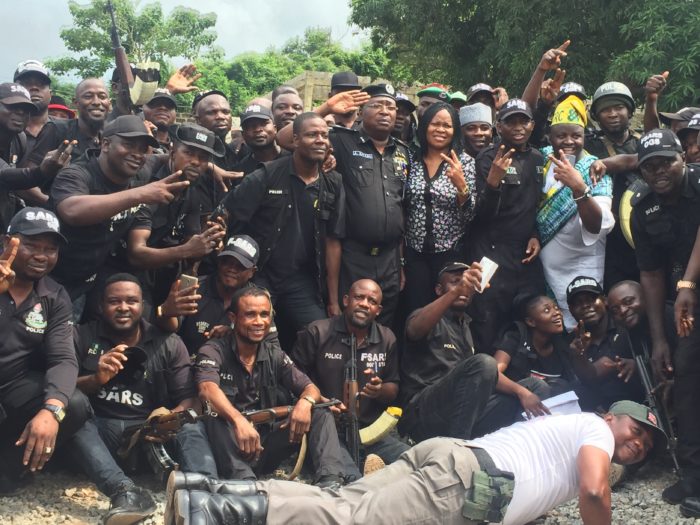 The Commissioner of police, Ahmed Iliyasu with the men of FSARS in Ogun

The Inspector-General of Police, Muhammed Adamu, has disbanded the Zonal Intervention Squad of the Special Anti-Robbery Squad, SARS, in Obada-Oko, Ogun State.

This is coming days after some SARS operatives in the zone reportedly shot dead a player of Remo Stars Football Club, Tiyamiyu Kazeem.

Deputy Inspector General of Police in charge of Criminal Investigations Department Force Headquarters, Peter Ogunyonwo made the announcement of the disbandment of the ZIS during a condolence visit to the parents of the deceased in Sagamu.

Ogunyonwo who was in the company of the Governor of Ogun State Dapo Abiodun, to visit the parents of the deceased said the ZIS office would be handed over to the Ogun State Police Command.

“I know how you feel and there is nothing anyone can say that can bring the life of Tiamiyu back to you, but I want to assure you that justice will be done.

“It is so unfortunate that such tragic incident occurred to your family and we will try all our possible best that such will never happen again to anyone in Ogun state.

“We sympathize with you today because it is not easy to lose a promising child and we want to pray to God that he should give you the fortitude to bear the loss.

“I also want to promise you that all those involved in this barbaric act will face the consequence of the law,” Abiodun said.

How OAU lecturer died after giving birth to twins