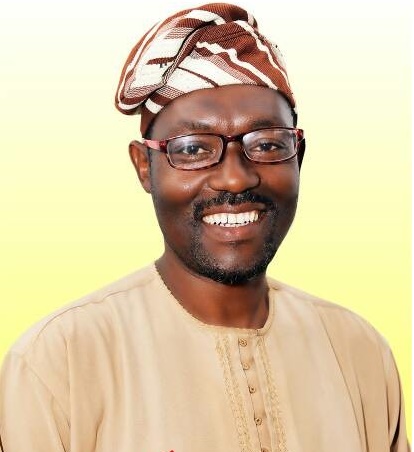 Chairman, Nigerian Union of Journalist, NUJ, Lagos State, Dr. Akinreti Qasim has said that he will run an all inclusive government.

Qasim who made the vow in his acceptance speech said his victory is a defining moment in the history of Lagos NUJ.

He said there would be no victimization of any sort and that his administration would give everyone a sense of belonging.

He appreciated elders who contributed immensely to the success of the election and commended the immediate past leadership of Lagos NUJ for its efforts in the last two terms.

“Tonight is not a night of speeches, I thank the Almighty God for this day, I also thank the elders of this great profession and I commend the leaders at the national and state levels, especially the immediate past executives.

“I want to assure everyone that there shall be no victimization, we will run an open door administration, we do not have monopoly of knowledge and I want to assert that we are all winners in this election, God willing, I will serve you assiduously as I have promised and I will open my arms to everyone because we all have a common goal, which is to move Lagos NUJ forward,” he said. He also called on his opponents to bury the hatchet and come together as one big family.

“We might have offended ourselves in the course of our electioneering, I want us to put that behind us and move on,” he said. Past Chairman, Mr Deji Elumoye said he would make himself available when there is need for clarification from his administration.

“In case you (present Executives) want to ask any question about what we have done in the last six years, my doors are open, even if I am out of the country, I will come back to answer you.”

Vice President of NUJ, Southwest (B Zone), Mr Cosmos Oni, who was the returning officer lauded the candidates and the electorates for comporting themselves responsibly despite the slight hiccups at the initial stage.

National President of NUJ, Mr Waheed Odusile charged the newly exco to be the ‘father of all’ and unite all members.

“I welcome you to the club, you are the chairman now, you will begin to understand what it means to be a leader, you have nobody to blame for any of your shortcomings,” Mr Odusile hinted.
He reminded Nigerian journalists that the initiative of biometric registration and identity card had come to stay in the profession.

” Let me say it once again, biometrics has come stay, I urge you all to do the needful and ensure regular payment of your check-off dues,” he noted.

Sergio Aguero injured in a car crash, sent out a heartfelt thanks to fans