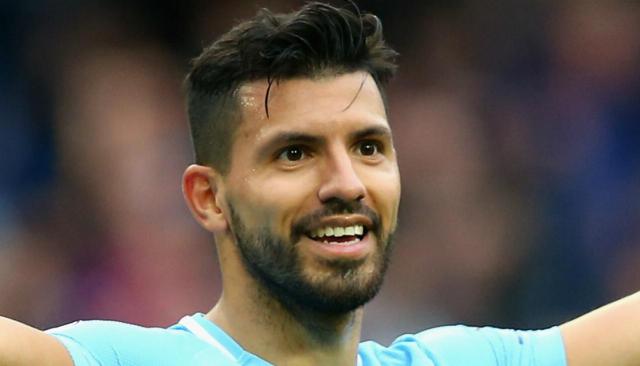 Manchester City striker Sergio Aguero who was left with a broken rib after a car accident in a taxi, sent out a heartfelt thanks for positive messages he has received .

Aguero has thanked fans and medical staff for their support as he recovers from a broken rib sustained in a car crash on Thursday.

The Argentine was travelling in a taxi in Amsterdam when it careered off the road and into a pole.

It is not known how long the 29-year-old will be out of action for, but Pep Guardiola has confirmed that he will definitely miss Saturday’s visit to Chelsea.

Aguero is now back at home in Manchester and provided an update on his condition via his personal Twitter account. 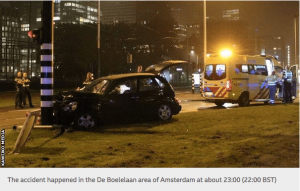 The taxi I was riding made a wrong turn and crashed against a pole. It was a very heavy slam but seatbelts prevented it from being worse.

“I’d like to thank the staff at the VU University Medical Amsterdam for their care and support. Hats off to all their team.

“I’m home in Manchester after an exam by club doctors. It’s a broken rib. Hurts, but I’m fine, fully focused on recovery. Thank you all!”

I WILL RUN AN ALL INCLUSIVE GOVERNMENT- CHAIRMAN, LAGOS NUJ, AKINRETI QASIM