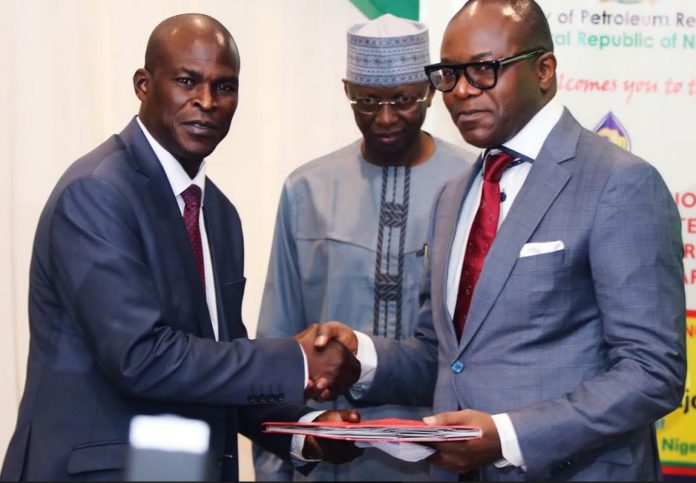 THE African Oil and Gas Industry on June 9, witnessed the dawn of a new era as Emmanuel Ibe Kachikwu, minister of state for petroleum resources for Nigeria, took over the mantle of leadership of African Petroleum Producers’ Organization, Council of Ministers.

Professor Yemi Osibanjo, SAN, and vice president of Nigeria, while declaring open the Extraordinary Session of the Council of Ministers of African Petroleum Producers’ Organization in Abuja, extolled the competence of the minister in piloting the affairs of APPO for the next one year. He said that considering the remarkable impact the Kachikwu has made in the Nigeria oil and Gas sector, he has no doubt that APPO will experience outstanding growth and innovation under his watch.

The Vice President called on Kachikwu be dogged in reforming the Nigeria oil and gas Industry particularly the 7BIGWINS which has become a parameter in Africa to APPO so that the legacies he will leave behind will become a global template for the world oil and gas industry.

The Vice President reminded the new president of APPO that despite the giant stride recorded so far by APPO leadership, there is still more to be done particularly in the areas of allowing free flow of capitalization, allowing APPO fund to operate outside the supervision of the secretariat, increase corporation among member states and ensuring maximum increase in the oil and gas in Arica. Notwithstanding, he reaffirmed his confidence in the leadership of Kachikwu, stating that the new president will exceed the expectation reposed on him.

Boukar Michel, former president of APPO and minister of petroleum of Republic of Chad, while handing over the mantle of leadership to Kachikwu expressed confidence that in line with his successor’s pedigree and the success record he has in the Nigeria Oil and Gas industry, there is no doubt that APPO will receive a robust boost in the shortest distance time.

Boukar challenged his successor not to leave no stone unturned in positioning African oil and gas industry to be the pivot of the world oil and gas market. He enjoined member countries to give the new President the maximum support in taking APPO to the next level.

Kachikwu while delivering his speech after the handover, promised to uphold the ideals of the founding fathers and pledged to further reposition the organisation to be a key player in the global energy sector. He also thanked the vice President, the President and the government of Nigeria for accepting to host the Council of Ministers and also being available to declare the session open.