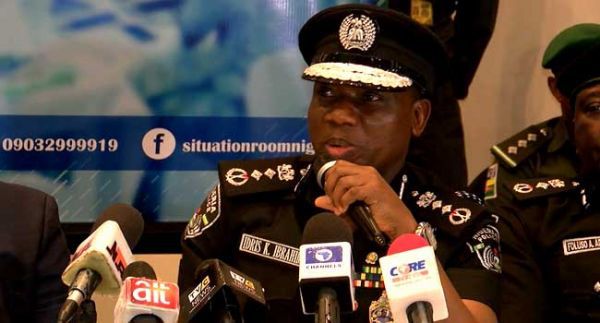 Again, the Inspector General of Police, Ibrahim Idris, has again ordered the dismantling of all roadblocks nationwide with immediate effect.

The directive became necessary to enable ease of doing business in Nigeria, as well as safeguard and guarantee free passage of goods and travellers throughout the country.

“No police department, section, squad or unit should mount roadblock without the express permission of the Inspector General of Police,” said a statement issued on Monday by the Force spokesman, Mr Jimoh Moshood.

The police boss also warned personnel on patrol against the improper identification of their vehicles, especially those serving along the border routes in the country.

He further asked heads of various zones and commands across the country to ensure the directive was strictly adhered to by personnel in their formation.

“Consequently, Assistant Inspectors General of Police in charge of zonal commands, Commissioners of Police in charge of state commands, heads of departments, must ensure that every patrol vehicle in their respective formation carries a conspicuous and legible inscription of patrol vehicle identification number, and dedicated emergency phone numbers for ease of identification and report of distress by members of the public.

“The Assistant Inspector General of Police in charge of Border patrol of the Force is specifically directed to ensure compliance with this directive along the Border routes in the country except for the few approved points by the Federal Government,” the statement added.

The IGP also orders personnel who involve in vehicular patrol on highways and major roads across the country to wear on their uniforms, a bold name tag and service number.

He informed that the Special X-Squad teams of the Force have been deployed throughout the country to arrest, investigate and discipline any police personnel violating the directives.

5 side effects of wearing high heels