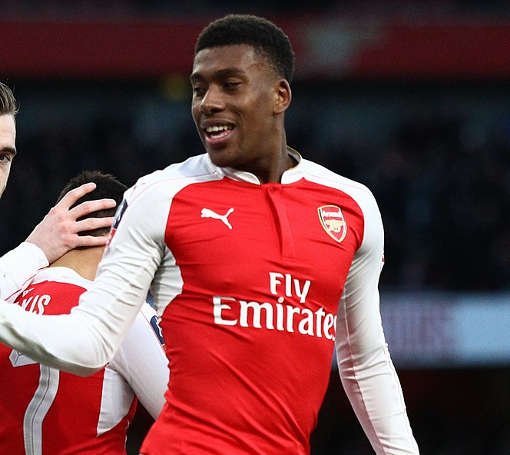 Nacho Monreal opened the scoring with a header and then assisted both of the next two goals for Alex Iwobi and Laurent Koscielny inside 13 minutes, BBC reports.

Alexandre Lacazette then rounded off a brilliant move to make it 4-0 after 22 minutes.

Luka Milivojevic scored late on, but Palace slipped to 13th in the table.

Monreal’s part in Arsenal’s victory lasted just 34 minutes, with the Spanish defender being substituted due to an injury.

His inclusion in the starting line-up was one of four changes to the side that had lost 2-1 at Bournemouth last week, with Mesut Ozil, also recalled after injury, outstanding in partnership with Jack Wilshere.

Palace were much improved in the second half, but ultimately paid the price for their poor defending in the early part of the match to end a run of five games unbeaten away from Selhurst Park.

Yohan Cabaye was carried off on a stretcher just before full time, and may add to a lengthy Palace injury list that includes Ruben Loftus-Cheek, Andros Townsend, Mamadou Sakho and Scott Dann.