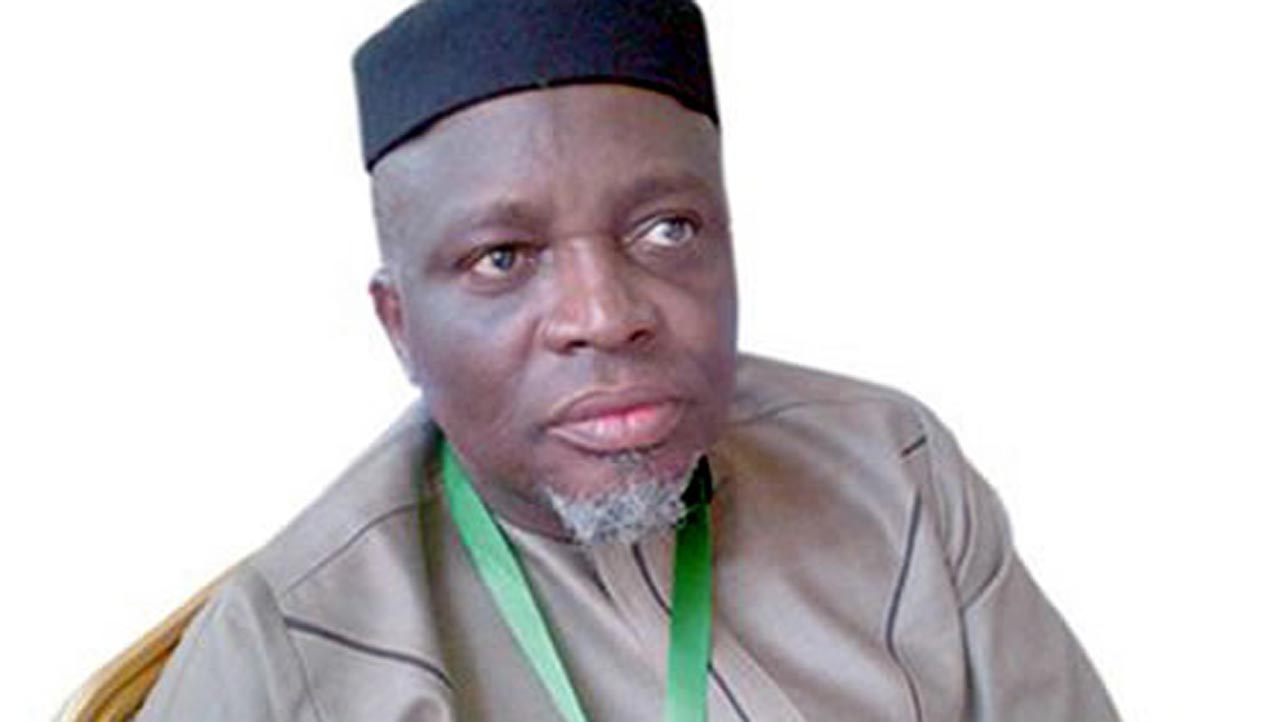 The last couple of days have seen the Joint Admissions and Matriculation Board (JAMB) receive a lot of flak from higher institutions – lecturers and students alike – over its now infamous 120 and 100 cut-off marks for universities and polytechnics/colleges of education, respectively. Head, Education Desk, Iyabo Lawal, reports that there is a communication gap between JAMB and the higher institutions

The brickbats came in torrents.
“We have agreed to regularise admissions that were done under the table this year. From next year, we will not accept anything like that,” the Registrar of the Joint Admissions and Matriculation Board (JAMB), Prof. Ishaq Oloyede had told journalists in Abuja penultimate Tuesday.

The Vice Chancellor of Tai Solarin University of Education, Ogun State, Prof. Oluyemisi Obilade, fired back, “Many public and private universities will not go below 200. We were told that some universities were doing what they called ‘under-the-table admission’ and then come back to JAMB after four years for regularisation. TASUED will not go below 180 – not under my watch.”

The Chairman of the Academic Staff Union of Universities (ASUU), University of Ibadan chapter, Dr. Deji Omole, threw in additional punch, “Rather than sanctioning the identified universities that admitted over 17,000 students illegally, the JAMB registrar simply regularised illegality and lowered cut-off marks to favour the interests of the friends of government who own private universities and are hell-bent on destroying public education.”

More punches would later land, figuratively speaking, on the head of the one who heads JAMB.
The embattled, erudite professor sat, sunk in his chair in disbelief as he readjusted his glasses and took another closer look at the newspaper report. His furrowed brow deepened as he realised that some of the vice chancellors he had held a meeting with before the announcement of new cut-off marks for universities and polytechnics, monotechnics and colleges of education had ‘disowned’ him.

He was even appalled by the opprobrium exhibited by the National Association of Nigerian Students (NANS) – the constituency he believes he is helping. But the students are also vehemently against the new regime of cut-off marks.

The President of NANS, Chinonso Obasi, had said penultimate Thursday, “As critical stakeholders in the education sector, NANS will vehemently resist the review and call on the government to maintain the status quo and endeavour to conduct a comparative study and analysis of policies from other climes that support functional learning and production of young people that can compete with their peers globally.” Everybody has kicked against the cut-off marks, perhaps, except the parents.

Last Tuesday, Oloyede had announced that to ensure equity in university admission and avoid a situation whereby students get admitted into tertiary institutions through the back door, JAMB had recommended new cut-off marks.

In a shocking revelation, the JAMB registrar had stated that there were at least 17,160 students illegally admitted into higher institutions.

However, not a few stakeholders found that amusing as the reactions that greeted that statement were less than complimentary – there was hue and cry from the ivory tower to the hostel.

ASUU – which is still at daggers drawn with the Federal Government over the state of education in public universities – along with some vice chancellors have without mincing words denounced JAMB’s decision.

She disclosed what transpired at the meeting with Prof Oloyede, saying, “some universities chose 120 at the meeting, what the JAMB has done is to transfer power back to the Senate of uni Perhaps, heartening to the education community will be the fact that the recommendation is not a general legislation and it is not binding on any institution.

Dr. Omole quoted at the outset, said further, “Where are the students that the JAMB registrar said entered universities illegally? Which universities admitted them? If 30 per cent did not sit for the Unified Tertiary Matriculation Examination (UTME) and found their way into the university system, is that not corruption and a message that JAMB is not significant anymore? What sanction did those who committed the illegality receive other than regularisation of illegality?

“We are watching because long before now we said JAMB has outlived its usefulness. Let the universities set their unique standards and those who are qualified can be admitted. Scoring 120 out of 400 marks is 30 per cent. Even in those days, 40 per cent was graded as pass. But now JAMB said with F9, which is scoring 30 per cent you can be admitted. They deliberately want to destroy education. Even for polytechnic, the 100 cut-off mark is 25 per cent.

Sharing the sentiments of Obilade and Omole, the Dean of Students Affairs, Federal University of Technology (FUTA), Akure, Prof. Kayode Alese, asserted, “I can assure you that FUTA has never gone as low as 120. It has never happened and it will never happen.”

Education scholars noted that it is curious that the same Federal Government lowering cut off marks for admission into tertiary institutions recently increased the pass mark from 40 to 45 in universities – which means that a student must score 45 to pass any course.

They feel that getting admission is not about providing access for as many candidates as possible but giving such an opportunity to only those who have the mental and academic capacity.

The stance of Obafemi Awolowo University’s (OAU) vice chancellor, Prof. Tope Ogunmodede, is not less categorical. He said, “For us, we are sticking to 200.”

NANS described the reduction of the cut-off marks for admission into tertiary institutions as “a gross misplacement of priority and an exercise in futility.”

“Even with the current status, the general phenomenon is that Nigerian graduates are not employable. The lowering of standards will translate to a disastrous outcome in the future by churning out young people who cannot fit into the demands and expectations of the 21st century,” the association stated.

Last Friday, Prof Oloyede tried again to defend the examination body’s position. “What we had been doing was to ensure that nobody who scored less than 200 had a chance. But, this year, we are saying that anybody who scores up to 120 has a chance. With 200, we have never filled our quota in the last 10 years. Some of those who scored over 200 do not have five credits in their O level results. And you cannot be admitted if you don’t have five credits.”

But university administrators have vehemently kicked against the new cut off marks, with many expressing fears for the future of tertiary education in the country.

Former Vice Chancellor, Caleb University, Prof Ayodeji Olukoju said lowering the cut-off mark would not encourage excellence, if you want to make our tertiary institutions centres of excellence, you must rate the standard of performance and ensure that only the best gets into the university. My own conception of the university is a place where you only admit the talented gem, those that are prepared to up the game. Any candidate that cannot meet the desired cut-off mark can go and do something with his hand; education is not only what you learn by reading textbooks, it is also what you do by learning a vocation.

“I think what they are trying to do is to accommodate the so called ‘educationally less disadvantaged states’, I totally disagree with JAMB, it is a ridiculous decision, what is the basis of lowering the cut off mark, Is it to enhance access? I think what the government has done is to further destroy the system.”

In the same vein, a professor of French Language and Linguistics, Prof Remi Sonaiya said lowering the standard is not the best way to build world-class institutions.

She said,”This is not the time to be lowering standard, education is getting more competitive across the world, lowering standard will affect our global ranking, I am happy that institutions are rejecting it, 120 is just 35 per cent, is that good enough for Nigeria when in other universities across the world, the pass mark could be as high as 80 percent. Some northern universities have even pegged their cut-off marks at 170, so what is the basis of reducing the cut-off marks? If it is for the purpose of increasing access, what about infrastructural facilities? We have done a great disservice to education by just increasing the admission quota with no corresponding increase in terms of laboratories and learning facilities.”

A retired professor of Education, University of Lagos (UNILAG), Prof Bolarinde Obebe said proponents of the new cut-off marks have done a great disservice to the country. He argued that with 200-220, most of the institutions could not accommodate all qualified candidates wondering why JAMB decided to lower the admission benchmark.

Throwing his weight behind the JAMB registrar is the vice chancellor of Christopher University, Ogun State, Prof. Friday Ndubuisi. He said, “This is not an imposition. The cut-off mark is a minimum benchmark for admission. This idea of taking the UTME every year without getting admission is worrying. About 1.6 million candidates sat for the examination this year and about 500,000 will be admitted mostly because of the cut-off mark. Most universities will not go below 200, but with five credits obtained in two sittings, a person should be qualified for admission.”

There is an apparent communication breakdown between JAMB and the heads of higher institutions. Will JAMB take the initiative to clarify its position to the institutions? Will the heads of the tertiary institutions be willing to listen to the exam body? Only time will tell as the nation’s tertiary education goes through another crucible with ASUU strike yet to be called off.