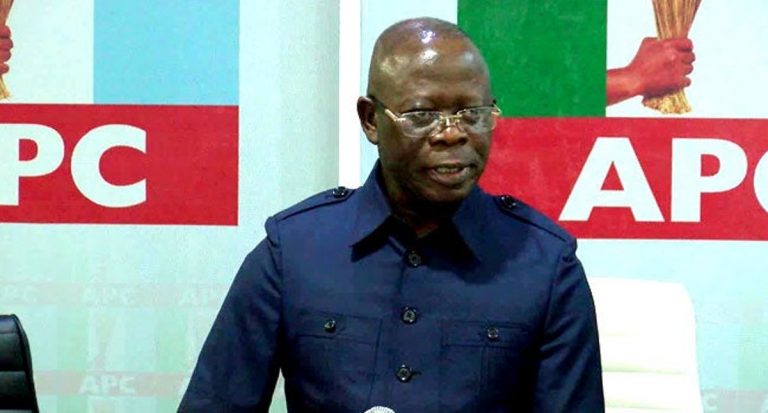 The executive committee of ward 10 in Etsako west local government of the All Progressives Congress (APC) in Edo state has lifted the suspension on Adams Oshiomhole as a member of the party.

Speaking at a press conference in Abuja, Emuakemeh Sule, secretary of the ward, 17 members out of 26 signed the resolution.

Oshiomhole was suspended by the party in November following his protracted disagreement with Godwin Obaseki, governor of Edo.

It was on this basis a high court in federal capital territory (FCT) ordered Oshiomhole’s suspension as APC national chairman.

Can This Be The End Of Former Osun Governor ?