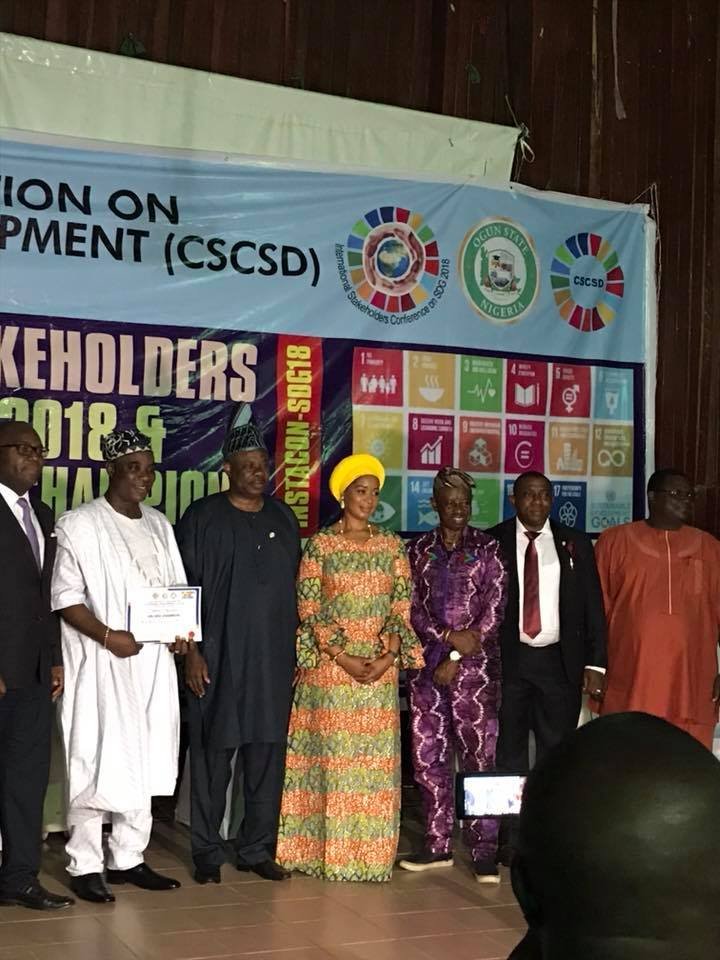 The event which took place at the Cultural Centre Kuto, Abeokuta, had many important dignitaries in attendance including the governor of Ogun State, Senator Ibikunle Amosu and the wife.

K1 unquantifiable contribution to humanity through music was stated by the organizers as the criteria they considered in selecting him for the honour.

On hand to present the award and certificate was the number one citizen of the rocky state who extolled the virtues of the Fuji music king as deserving of the honour.